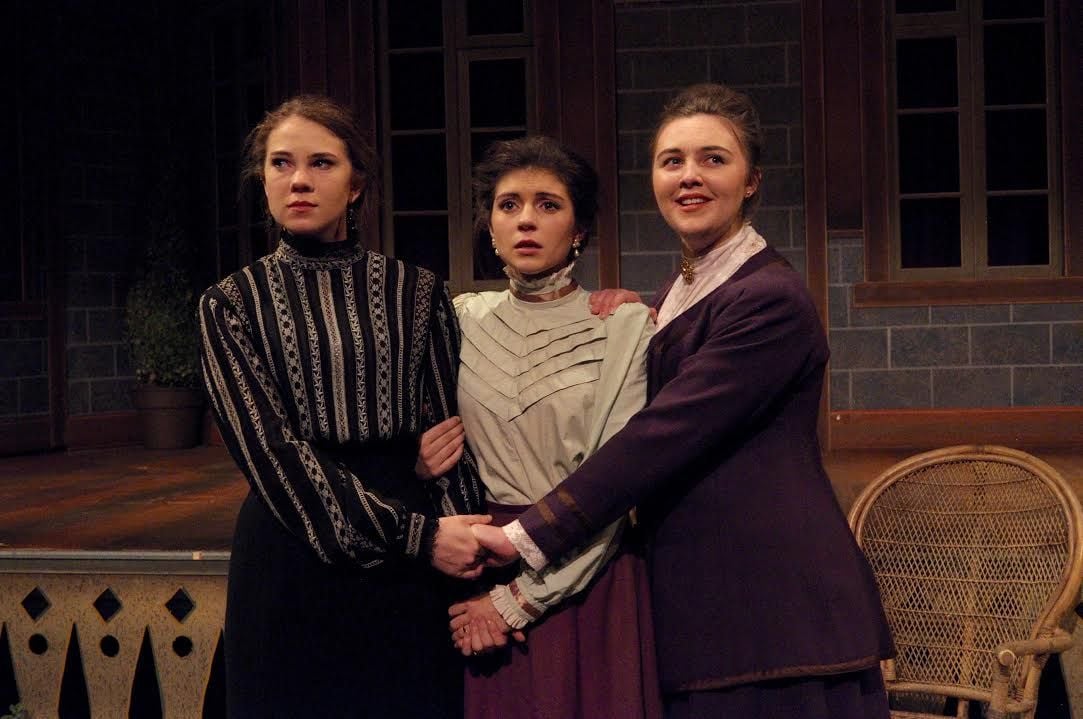 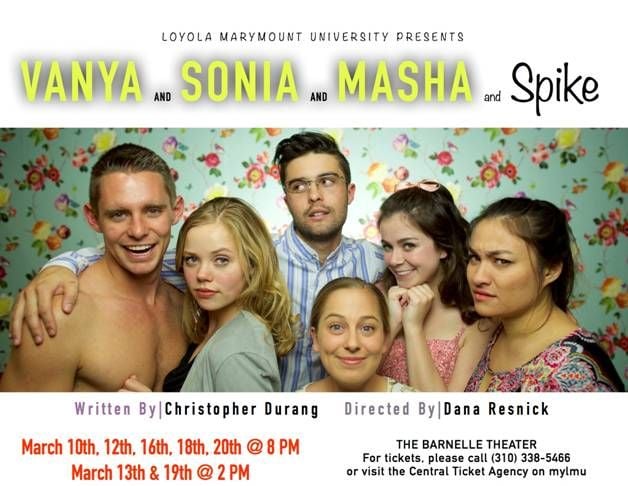 This March, the Department of Theatre Arts and Dance is celebrating the essential Russian playwright Anton Chekhov by bringing his work back to the stage here at LMU. The highlight of the 2016 spring season, aptly titled Chekhov Fest, is slated to run March 9-19.

Chekhov Fest kicks off with the performance of the author’s classic 1901 play “Three Sisters” in the Strub Theatre. “Three Sisters” focuses on the complex relationships between three sisters caught in the midst of the social upheaval of 19th century Russia. Directed and translated by theatre arts professor Diane Benedict, the production promises to deliver a moving portrait of Russian working and high class life as well as a glimpse into some of Chekhov’s best work for those not familiar with the playwright’s legacy.

The second production in repertory during Chekhov Fest is in fact not a work written by the author, but rather an updated, comedic take on Chekhov’s classic themes and sensibilities in the form of “Vanya and Sonia and Masha and Spike.” “If everyone took antidepressants, Chekhov wouldn’t have anything to write about,” is one of the lines spoken by Sonia in the play. Written by American playwright Christopher Durang, the comedy riffs on the archetypes of some of Chekhov’s typical characters if they were brought into our modern world. In 2013, the Broadway show won the Drama Desk Award and the Tony Award for Best Play, as well as garnering five other nominations.

Dramaturg for both shows and junior theatre arts major Nick de Los Santos explained, “Right now most students are interested in performing contemporary shows, but it is important that the basis of their training is rooted in classical theatre. ‘Three Sisters’ is a great show for students to gain experience, while next door we take Chekhovian styles and adapt it to a modern day setting in ‘Vanya and Sonia and Masha and Spike.’”

Chekhov Fest offers the opportunity for LMU students to get a fresh perspective on Chekhov by fusing the old with the new. By showing alternating presentations of Chekhov’s classic “Three Sisters” and Durang’s modern update on the themes with “Vanya and Sonia and Masha and Spike,” theatergoers will have the chance to see a celebrated playwright’s work come full circle into our modern times.

Both theatres are located inside the Foley Building on campus. Tickets are available at lmucfa.com or by calling 310-338-5466.

Tickets for students and faculty are $10; General admission is $15.

Also notable, there will be a Chekhov Gruppa-- featuring live entertainment, free food and more on March 13 at 4:30 p.m. in the Foley building.

This is the opinion of Garrison Asma, a sophomore film and production major from Salem, Wisconsin. Tweet comments to @LALoyolan or email nmuldoon@theloyolan.com.

Garrison Asma is a sophomore film production major from Wisconsin. Some of his favorite activities include filmmaking, writing, and being crushed by existential dread.