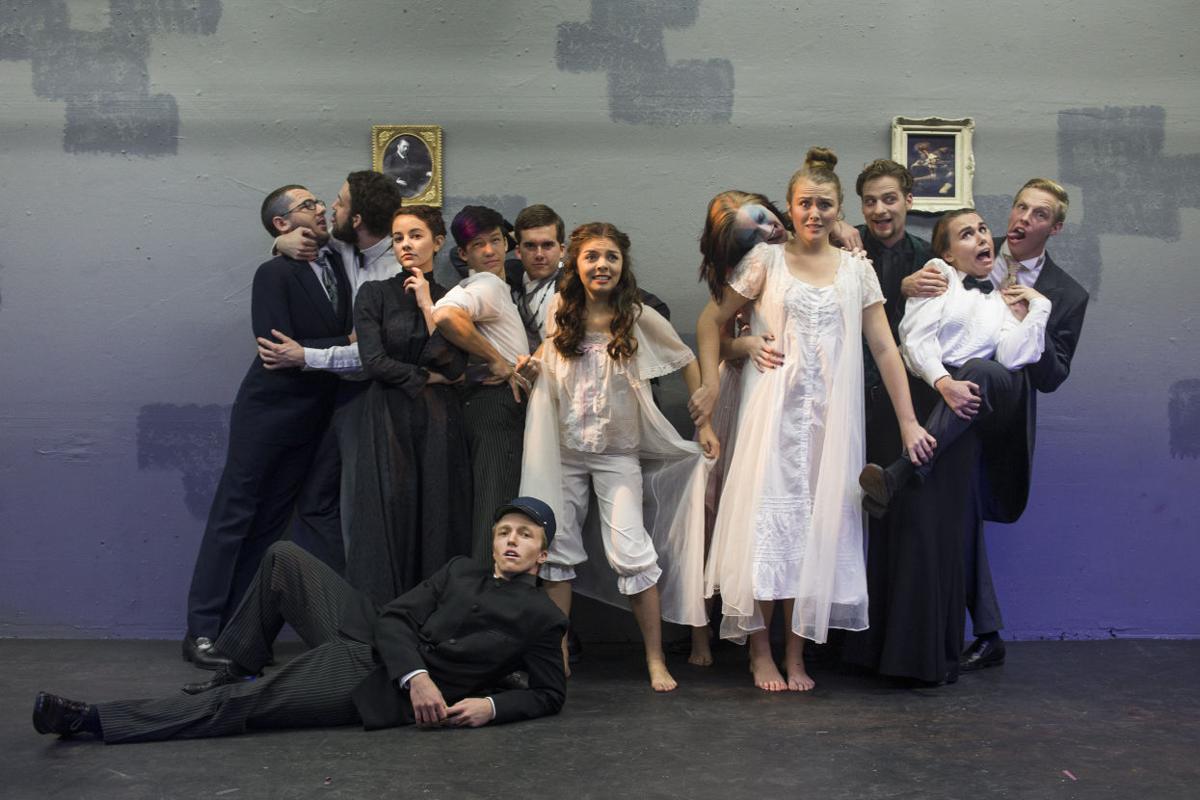 The cast of the Del Rey Players' "Dracula" is looking to renew their audience's fear in vampires. 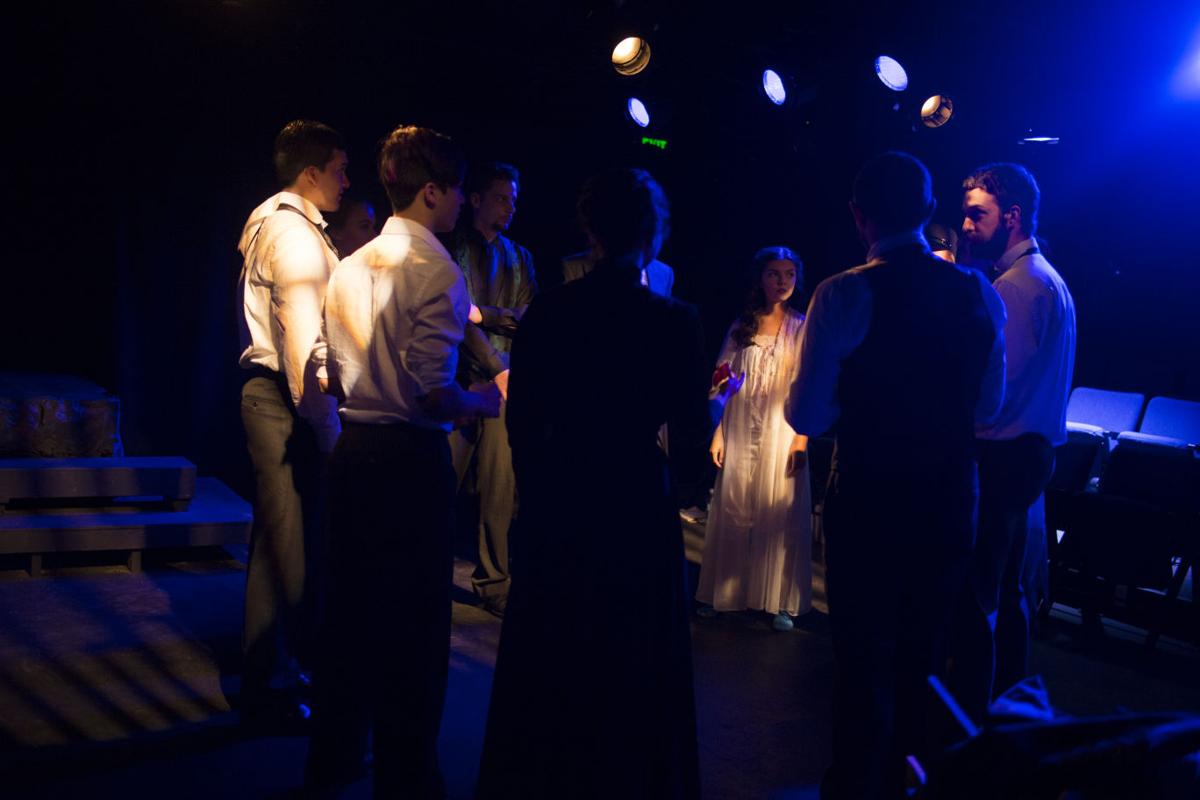 The cast of the Del Rey Players' "Dracula" is looking to renew their audience's fear in vampires.

Looking for a scare? This weekend, the Del Rey Players (DRP) will be running their second weekend of Bram Stoker’s "Dracula," and it’s certain to make you uneasy.

"Dracula" follows the journey of a group of Londoners as one of their own falls ill with a mysterious and unsettling disease. As her condition worsens, the group desperately searches to figure out what’s happening to her. All the while, the terrifying cause of the disease, Dracula himself, is walking free amongst the city and wreaking havoc upon its citizens. The DRP production is co-directed by senior mechanical engineering major David Rodriguez and senior theatre arts and liberal studies double major Sam Roberts. They are excited to reintroduce the LMU audience to "Dracula."

Rodriguez said, “I love that no one knows this show. Everyone knows who ... Dracula is — they know he’s a vampire — but they don’t [really] know the story," Rodriguez said.

Bram Stoker wrote "Dracula" in 1897 as a part of a long literary and folklore tradition of things that go bump in the night. Ever since ancient times, there have been legends of supernatural beings that rise from the dead and feed on humans. However, with the meteoric rise of franchises like “Twilight” and “The Vampire Diaries,” these fanged terrors have lost much of their terror.

“Vampires are so commonplace and commercialized, and it’s familiar, cliché. No one is scared of vampires anymore," Rodriguez said. “They know what they are; they’re sexualized. They always have been, but there’s a difference between now and then.”

Fisher further detailed the difficulties of acting in a horror genre play. “In real life, if [something is] happening to you, you would be like, ‘Holy crap, all these things are happening.’ So it’s been the hardest to approach it like it’s normal and real,” said Fisher.

This play is also the first performance of the new school year, meaning a whole new crop of freshman actors are testing out their first college production. Fisher is one such actor. When asked if it was difficult to adjust to the new cast, Fisher said, “less so than college life.”

This sense of community extended to his fellow new cast member, freshman biology major Lauren Kelly. She plays a vixen and a waitress in the show, and she said that even with such a challenging production, being a part of the show has made her freshman year transition even better.

“I think it’s almost made the transition and starting college easier because I’m with this great group of people all the time, and I have a place to come and just focus on one thing and let all of my stress out while I’m acting,” said Kelly.

Roberts and Rodriguez emphasized the hard work of the technical team, which must work out the logistics of all different stage aspects, like sound, lights, music and, of course, lots of blood.

“This is theatre at its most dramatic. This show is a spectacle. I think we have the most technical aspects that I think this theater … has ever had,” Rodriguez said.

In modern society, it is easy to become desensitized to horror. From movies to the terrifying images we sadly see on TV on a regular basis, the image of an actor covered in blood strikes little fear in our hearts. But seeing that same image in person, inches in front of you, is a whole different story.

Rodriguez explained that, as a result, a lot of the horror with this production comes from reversing the typical expectations and clichés audiences hold about the horror genre. He hinted that there will be plenty to keep you guessing about what’s lying just outside the stage lights.

“We’re making the space as small as possible, and we’re shrouding it in blackness. When it’s black, you can’t see a thing,” Rodriguez said. “That’s at least a fear of mine — not the dark — but what’s in the dark, or what could be in the dark.”

Roberts said that she and Rodriguez have repeatedly told the actors to “be comfortable with being uncomfortable.” Despite the discomfort of the lack of boundaries, you can leave the performance with the comfort that you can exit the theater in one piece.

On second thought, maybe you’re not so safe after all — Dracula's character is based off of a real person. The 15th century Dracula family was widely known for its member Vlad Dracula (better known as Vlad the Impaler), a ruthless general who did everything from impaling his enemies with stakes to forcing mothers to eat their own babies.

Dracula will run from Thursday, Oct. 29 to Saturday, Oct. 31 at 8 p.m. in the Del Rey Theater. Tickets are $5 for members and $10 for general admission. Reserve tickets in advance online at lmucfa.com.

This is the opinion of Kelsey Mangan, a senior English major from San Jose, California. Tweet comments to @kmaaaan_ or email kmangan@theloyolan.com.

Kelsey Mangan is a senior English major and an advocate for the Oxford Comma. You can find her writing, reading, or eating power berries. Talk to her about dogs (please).