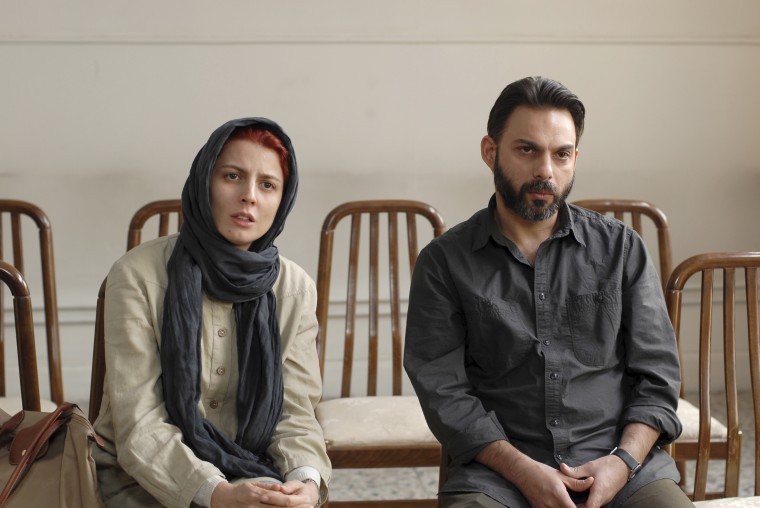 Leila Hatami (left) and Shahab Hosseini (right) star as Simin and Hodjat in the acclaimed Iranian drama "A Separation." Currently in limited release, the subtitled film is "in almost every way, a perfect film." 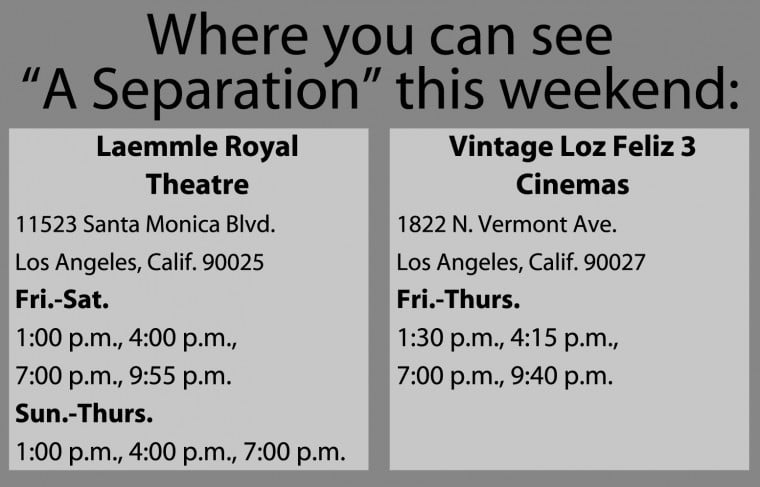 Leila Hatami (left) and Shahab Hosseini (right) star as Simin and Hodjat in the acclaimed Iranian drama "A Separation." Currently in limited release, the subtitled film is "in almost every way, a perfect film."

Living in Los Angeles allows better access to independent and limited release films than almost anywhere else in the country. It’s that sort of access that allowed me to see “Black Swan” on its opening day in 2010. Such opportunity is a gift, but it doesn’t allow residents of the City of Angels to see absolutely everything.

Case in point: I saw the best film of 2011 in March of 2012. The movie was “A Separation,” an Iranian film that just recently won an Oscar for Best Foreign Language Film. The story follows a couple that goes through a divorce and a legal battle with hired help simultaneously. It is, in almost every way, a perfect film, yet because of its status as a foreign film, not to mention an Iranian film, I couldn’t see it until almost two months after 2011 had ended. Those in other cities may never get the chance to see it in theaters.

“A Separation” is a wrenching portrait of a family falling apart, as well as the greatest legal thriller I’ve ever seen. The screenplay and direction, both by Asghar Farhadi, are superb in equal measure. The ensemble of talent is worthy of the masterful film it inhabits. The plot is irresistibly human and relatable. It is only foreign through its language – the story could be told about any culture or any family.

This isn’t the first example of a good film getting lost in translation when distributed in the U.S. With very few exceptions, including Ang Lee’s “Crouching Tiger, Hidden Dragon” and this year’s Best Picture Oscar winner, “The Artist” (a French film, albeit with several American influences), international movies are constantly relegated to the foreign dumpster despite easily relatable themes largely because American distributors are convinced that the language barrier will simply be insurmountable.

Unfortunately, those distributors are proven right time and time again by American audiences that would rather see sequel upon “threequel” instead of fascinating stories that happen to be in different languages. It’s a shame that so many in America and beyond won’t get to see “A Separation,” for example, because it has so much to offer, not only to fans of foreign cinema, but to general audiences everywhere.

That’s where the “foreign” label really fails: it creates a barrier between its American audience and the film itself. A story like “A Separation” would work in any language because it’s so relatable – yet the subtitles at the bottom of the screen drive away audiences.

It’s likely that “A Separation” will see some success thanks to the publicity generated on Oscar night. Rentals of the DVD will probably be quite high for some time on Netflix. A story this great deserves better than that, though. It deserves a place among the classic titles we all regard so highly. It deserves a wide audience and huge grosses. It deserves so much more than it will ever get simply because it’s a human story told in a different language.

Since we do live in Los Angeles, “A Separation” is still playing in several art house theaters around the city, including Laemmle’s Royal Theatre on Santa Monica Boulevard less than 10 miles from LMU. If you have the time, do yourself a favor and go see it. You likely won’t get the chance to see such a compelling, heartbreaking story from American cinema any time soon.

This is the opinion of Kevin O’Keeffe, a sophomore screenwriting major from Austin, Texas. Please send comments to kokeeffe@theloyolan.com.

Kevin O'Keeffe is a senior screenwriting major from Austin, Texas. In Texas, he once saw a man riding a horse on the highway and knew he had to move far awayâ€“ hence attending school in Los Angeles. He loves "Revenge" and Kelly Clarkson revenge songs.