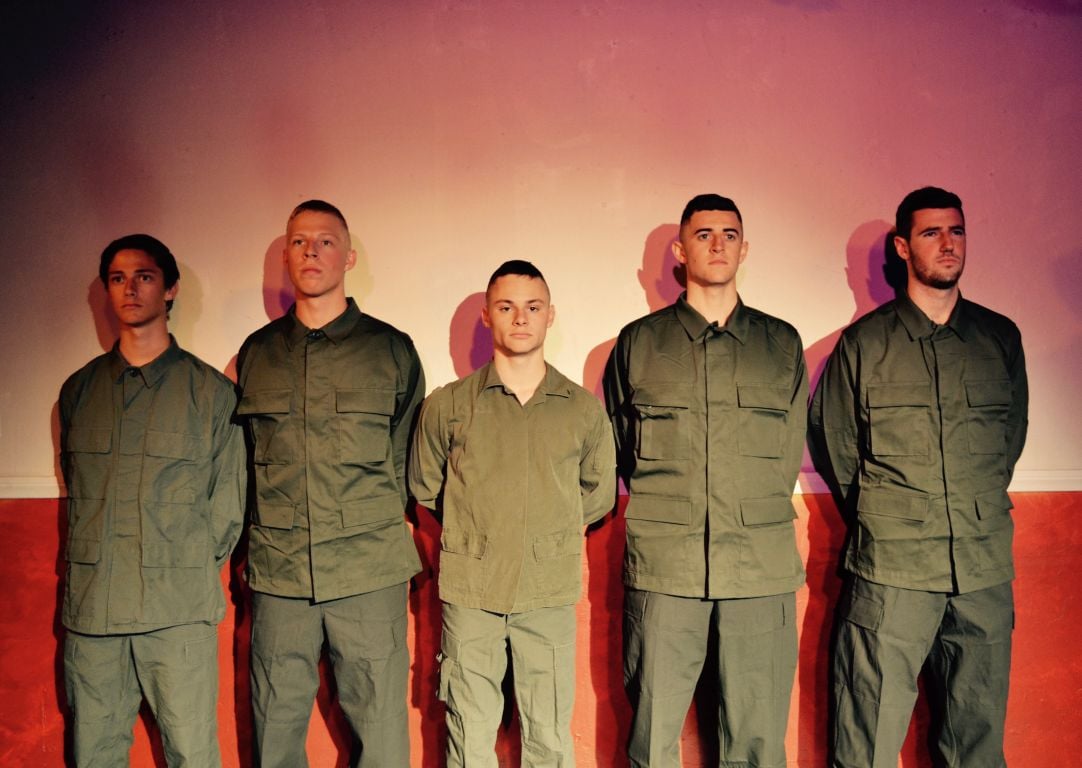 The Del Rey Player's "Dogfight" will be a play that plays on human emotions. 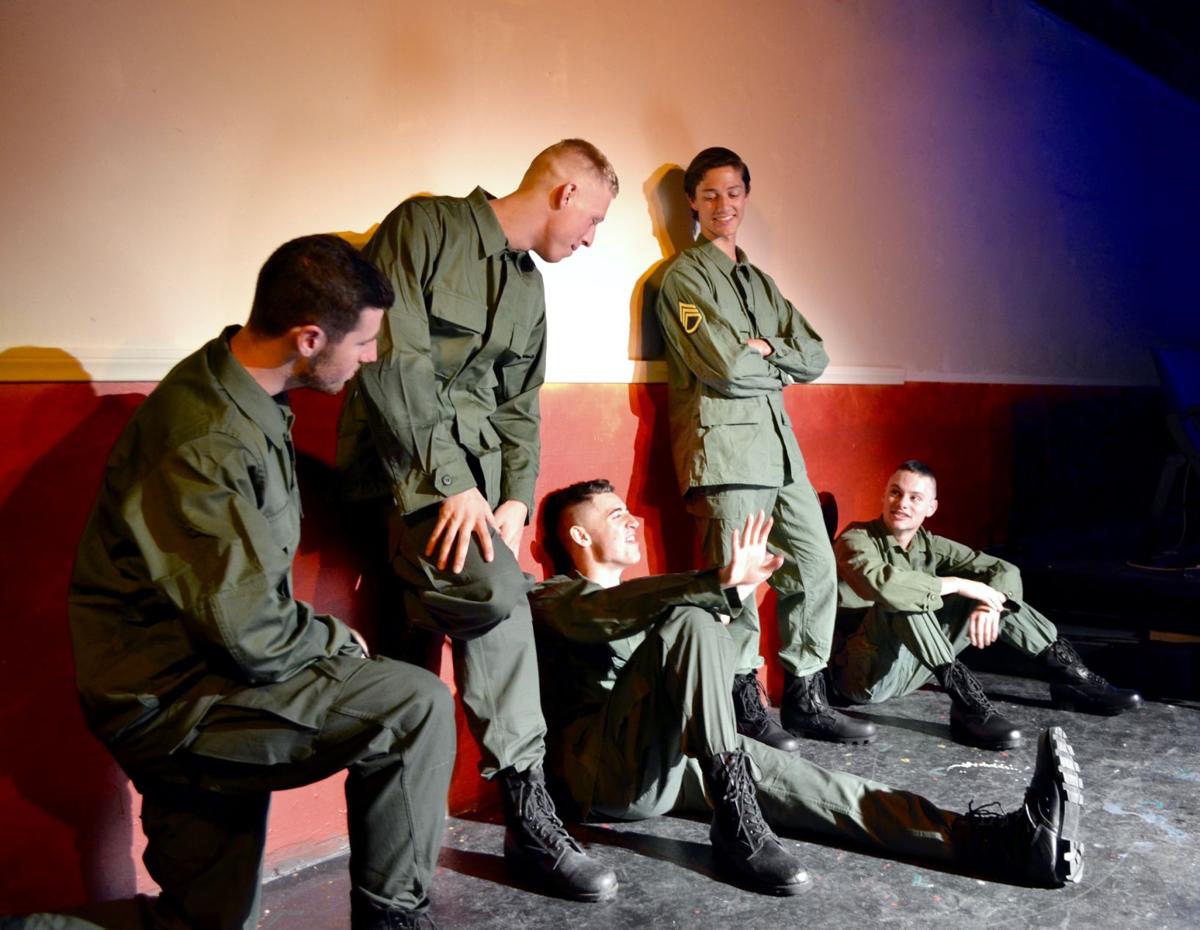 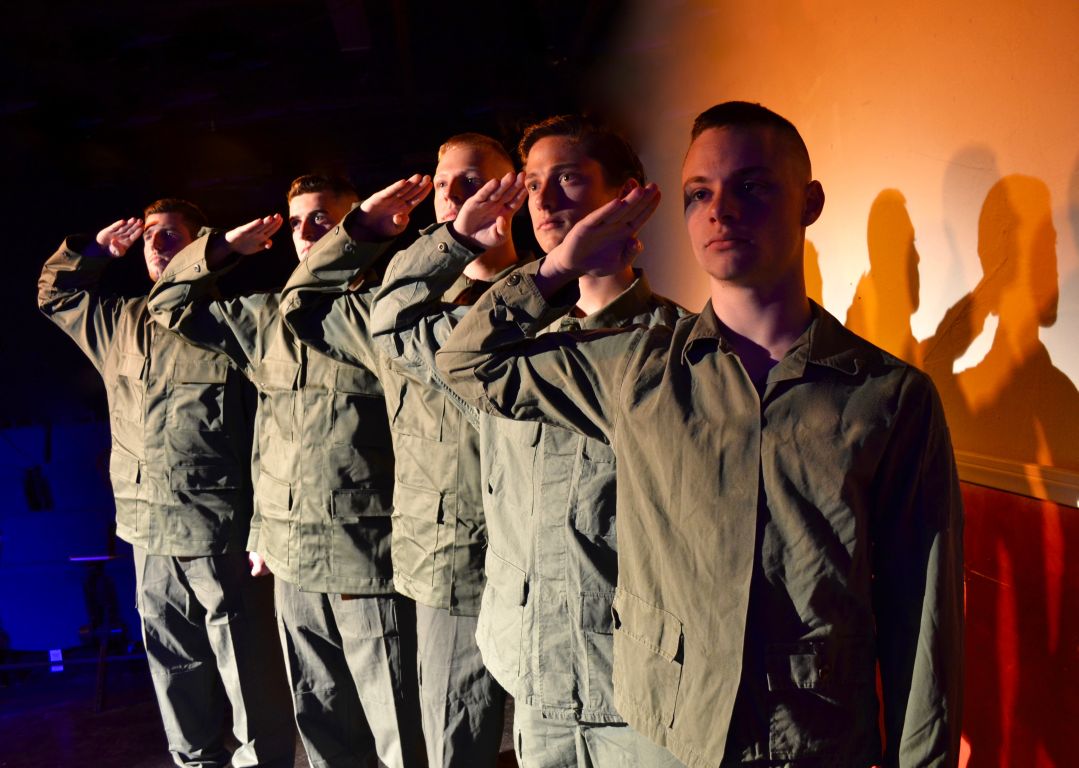 The Del Rey Player's "Dogfight" will be a play that plays on human emotions.

Like the Venus flytrap, the Del Rey Players know how to capture — emotions, that is. This weekend, the Del Rey Players (DRP) will be running their first showing of “Dogfight the Musical!” based on the 1991 Warner Brothers film of the same name. Directed by senior marketing and theatre arts double major Brianna Ellis-Mitchell, this heart-warming intertwining of romance and the human condition “will take you back to what good theatre is” according to Ellis-Mitchell.

Set in the midst of the 1960s, the day before President John F. Kennedy’s assassination, “Dogfight” follows a group of five marines and their last night in San Francisco before being shipped off to the Vietnam War. As a last hurrah, the marines hold a “dogfight” where the man with the ugliest date wins the grand prize —a lot of cash. When one marine by the name of Eddie Birdlace starts to have feelings for his so-called ugly date, Rose Senny, things take a 180 degree turn.

As the director of “Dogfight,” Ellis-Mitchell’s vision of the production led her to create an atmosphere immersed in the time period of the 1960s.

“My vision for the show was really to pay homage to the time period and really make it fun … I wanted the audience to feel engaged and feel a part of the story and also feel the brightness and colors that come from the 60s and the good spirit of the time,” Ellis-Mitchell said.

Both light-hearted and dramatic, this play dabbles with the wide range of human emotions dealing with friendship and love. Combining this compelling narrative with the styling of a musical has brought this play into a league of its own — particularly for some of the cast members. Lead actor Kevin Dwyer, a junior theatre arts major who plays the role of Eddie Birdlace, recognizes the unique nature of this DRP production.

“I’ve been in quite a few musicals since I started at LMU, and I think this is the first one with a specific leading male ensemble. It’s really rare for musicals to have a main male ensemble, so I would say that’s the biggest differentiation between any other show you would do,” Dwyer said.

With such a rare occurrence in the world of theatre, it befits any theatre goer to see a play that pushes the envelope. What ‘s particularly interesting is how the story will be told in the intimate black box setting of Del Rey Theater.

Freshman psychology major and ensemble cast member Charlie Lawver is adamant about working in a black box theatre. As a first time member of a DRP production, Lawver’s involvement lends a fresh perspective.

“I did a little theatre in high school. What makes this play special in comparison would be the size of it. I’m used to a little bigger theatre and cast, and the fact that we can make this kind of magic in a smaller space with fewer people is pretty awesome,” Lawver said.

No matter the size, it’s the story that connects audiences to the characters. The DRP productions put on during this 2015-2016 school year have left audiences with a different emotional experience each time. In comparison to previous DRP productions from this year that have dealt with specific themes such as fear in “Dracula” or primal human nature in “Lord of the Flies,” “Dogfight” attempts to connect with every part of the human condition.

Ellis-Mitchell, chose this play as a way of returning to the roots of what makes good theatre.

“Dogfight” will run from Saturday, April 7 to Saturday, April 16 in the Del Rey Theater. Tickets are $5 for members and $10 for general admission. Reserve tickets in advance online at lmucfa.com.

This is the opinion of Eric Lee, a sophomore film/television production major from Rancho Palos Verdes, California. Tweet comments to @LALoyolan or email nmuldoon@theloyolan.com.

Eric Lee is a sophomore film and television production major. He is a Southern California native from the city of Rancho Palos Verdes. Some of his interests include piano playing, movie watching, reading, and the Dali Lama.