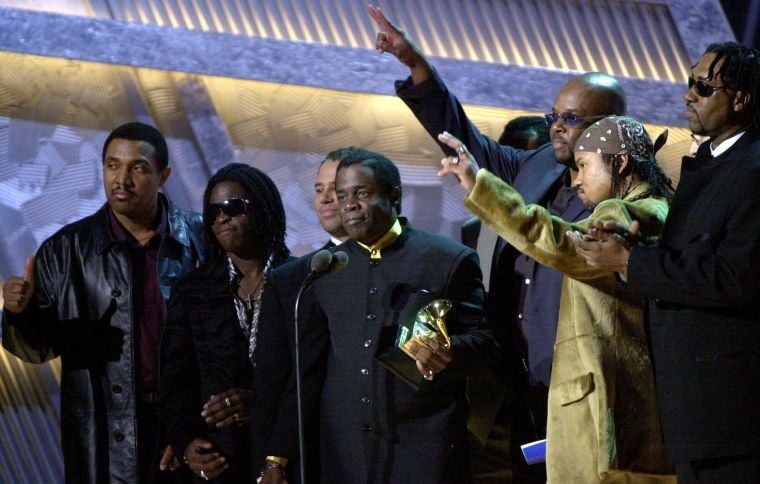 Yes, it is true, the Baha Men are GRAMMY winners. This is just one of many travesties the GRAMMYs have inflicted on the public since its inception. 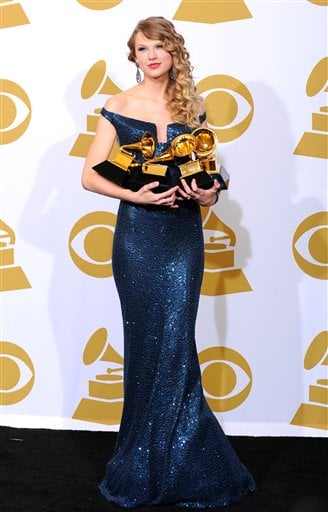 Taylor Swift has accrued six GRAMMY awards and 15 nominations, including the three she is nominated for at the GRAMMY Awards this Sunday, Feb. 10.

Yes, it is true, the Baha Men are GRAMMY winners. This is just one of many travesties the GRAMMYs have inflicted on the public since its inception.

Taylor Swift has accrued six GRAMMY awards and 15 nominations, including the three she is nominated for at the GRAMMY Awards this Sunday, Feb. 10.

It’s almost time for the music industry’s most phony event of the year: the GRAMMYs. The grandiose yet pointless awards show is an excuse to shove the so-called “music greats” of the year together in hopes that something exciting will happen (i.e. a Kanye-esque speech crashing). The whole debacle is painful to watch. Every year, there’s a tsunami of ads for shampoo and Pepsi products, a few painful performances and a crowning of pop royalty as awards are stolen from quality musicians. Call me a conspiracy theorist, pretentious, uptight, whatever, but I’ll give you 10 reasons why there are much better ways to spend a Sunday evening than watching “music’s biggest night.”

1. The categories do not make sense.

Does the Academy mean “Best Albums of the Last Two Years” instead of the year? How does one compare Adele to Carly Rae Jepsen, or Frank Ocean to Taylor Swift? The GRAMMYs are consistently an apples and oranges game, and its timing is usually off.

2. Musicians could care less about it.

In 1996, Pearl Jam’s Eddie Vedder openly expressed his indifference for the GRAMMYs during his acceptance speech for Best Hard Rock Performance, saying, “I don’t know what this means. I don’t think it means anything.” Bon Iver also said in his acceptance speech, “It’s also hard to accept because you know, when I started to make songs I did it for the inherent reward of making songs, so I’m a little bit uncomfortable up here.”

3. Record sales are not supposed to mean anything, but they inevitably do.

Is it just a coincidence that every nominee in the Record of the Year, Album of the Year and Song of the Year categories were all constantly on the Top 40 charts? I think not.

4. Who are the National Academy of Recording Arts and Sciences [NARAS], and why should we trust them?

The NARAS is supposedly a group of music industry “experts” who are supposed to choose nominees and winners based on quality alone. I do not know these people, and neither does most of America.

5. Take a second to contemplate the nominations of the 55th annual GRAMMY Awards.

2 Chainz is up for Rap Album of the Year. The GRAMMYs have officially entered the realm of big booty-fueled rap songs. I am surprised Waka Flocka Flame is not nominated, not to mention the fact that the widely-praised “good kid, m.A.A.d city” by Kendrick Lamar wasn’t given any nominations.

6. Lady Gaga isn’t going to come in inside an egg this year.

It’s great when artists don’t take the GRAMMYs seriously and aren’t afraid to go all out. I fear that the outrageous has come and gone with Gaga.

7. The Academy has the hots for Taylor Swift.

Where’s Kanye when you need him? Taylor Swift has won six GRAMMYs and is consistently called back with slews of nominations. The girl is talented, but it’s questionable if she deserves “regular” status.

8. The Baha Men won the GRAMMY for Best Dance Recording in 2001.

One could not have asked for a more legendary nominee lineup for the Best Rock & Roll Recording in 1966. The Academy had The Beach Boys, The Monkees, The Mamas and the Papas and The Beatles to choose from. In true GRAMMY fashion, however, a completely random group called The New Vaudeville Band won the award. I am beginning to think that these Academy people just enjoy watching the world burn.

10. Only a few of the categories get televised.

Every year, there are many categories that are left out of the GRAMMY Telecast. This just adds to the fact that the main goal of the GRAMMYs isn’t making music, but making money.

This is the opinion of Mary Grace Cerni, a sophomore communication studies major from West Covina, Calif. Please send comments to mcerni@theloyolan.com.

When she isn't busy rocking out at L.A.'s hottest concert venues, Mary Grace Cerni can be found getting her tan on at Venice Beach or wasting time on music blogs. The SoCal native has been overheard saying her two true loves are her family and In-N-Out.