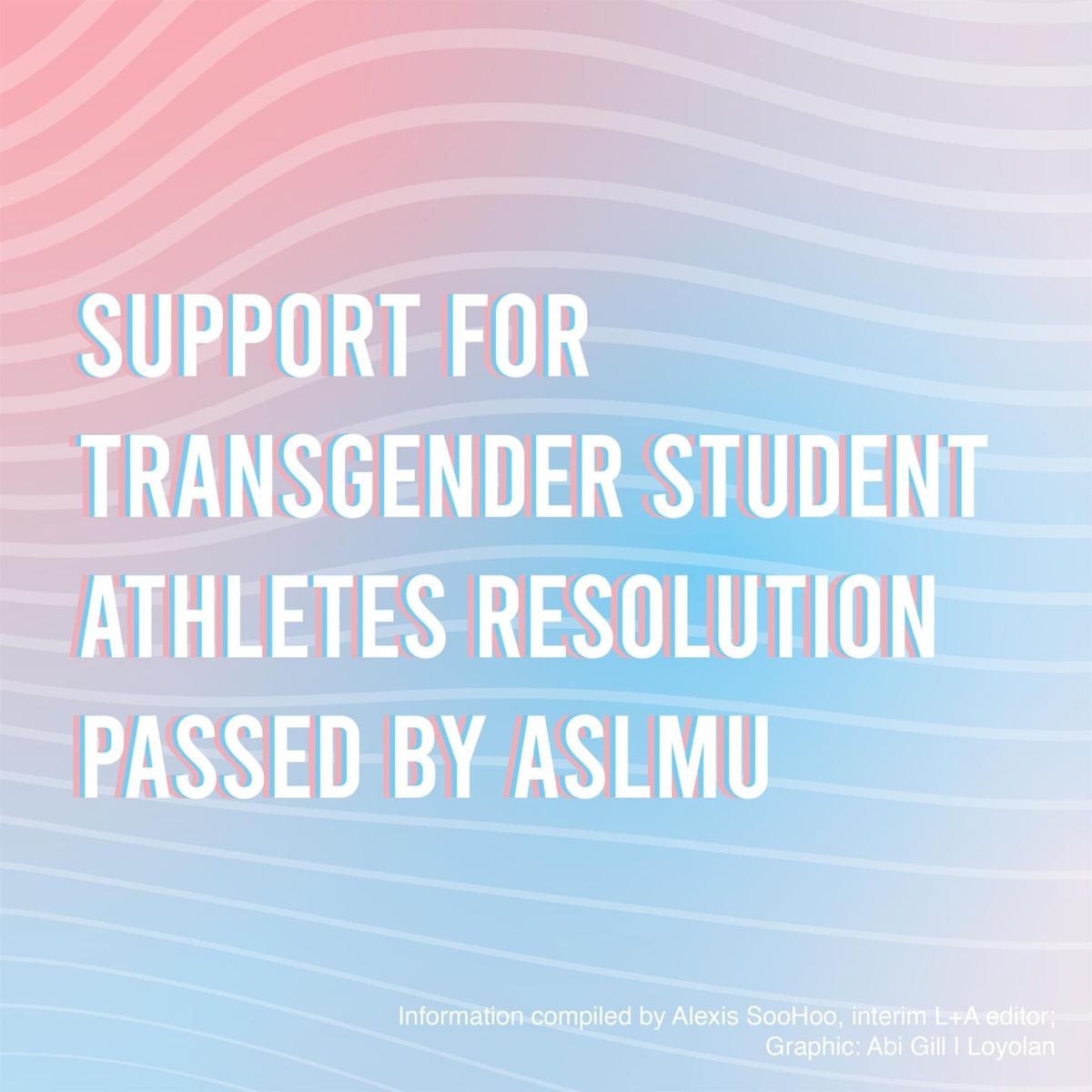 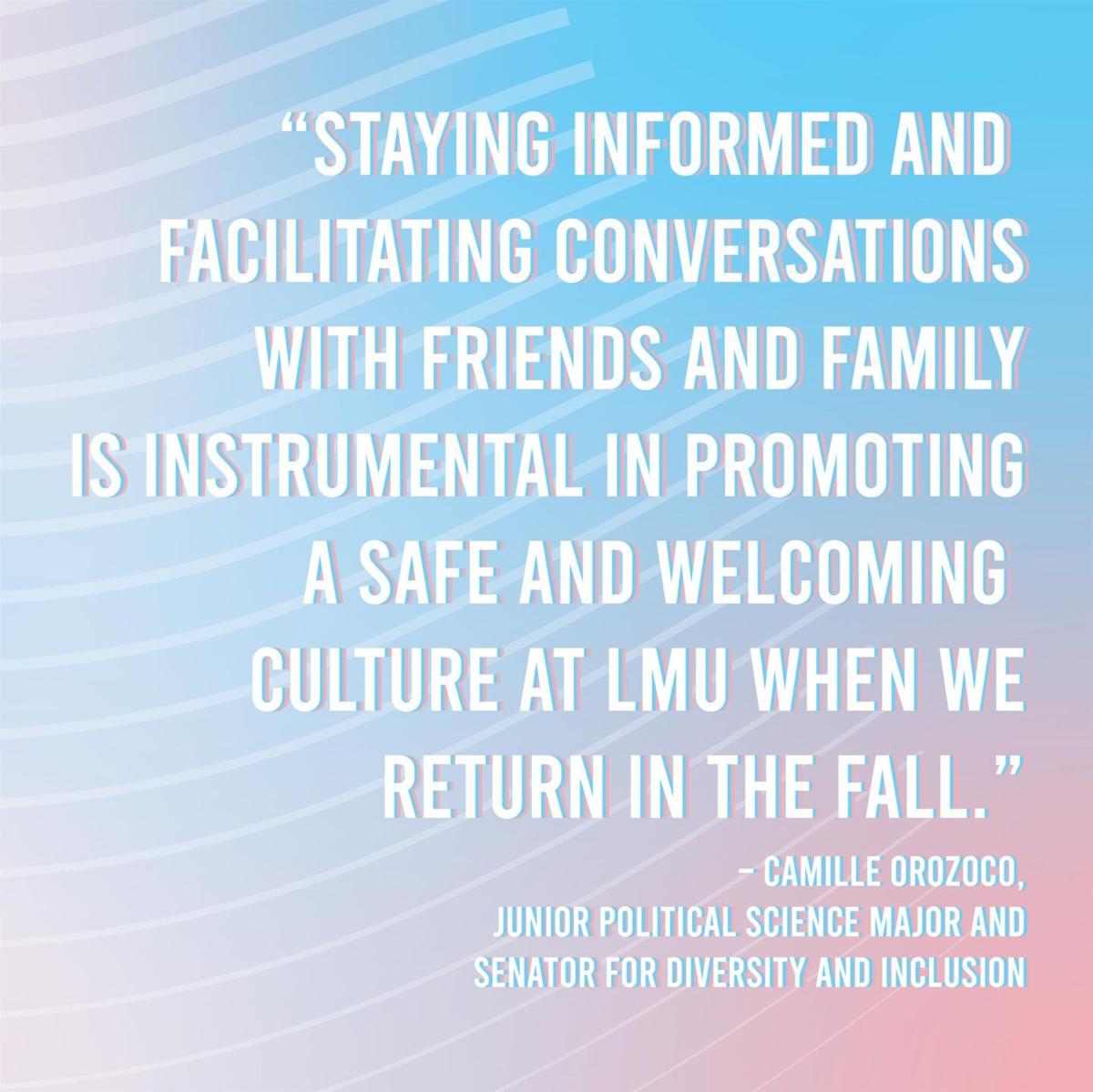 Over 500 student athletes across the country signed a letter to the NCAA demanding that they stop holding competitions in states with transgender athlete bans on March 10. According to ASLMU Senator for NCAA Athletics and freshman health and human sciences major Bailey Woinarowicz, ASLMU decided to draft a resolution in support of the transgender athletes in the LMU community. On April 18, the resolution passed unanimously.

The Support for Transgender Student Athletes resolution covered a variety of issues for both on-campus and off-campus transgender athletes. First, it called for the NCAA to uphold their Anti-Discrimination Policy and stop competitions in states with anti-transgender legislation introduced. Second, it called on LMU athletics to prioritize the mental health of queer, transgender and people of color athletes and introduced counseling services for these athletes. Third, ASLMU proposed gender-neutral uniforms and gender-neutral bathrooms for athletes, as well as intramural athletic groups for transgender individuals to practice in a non-gendered environment. In light of the Loyolan’s recent article, it also included rankings from Athlete Ally's Athletic Equality Index, which gave LMU Athletics a failing score in every category.

While most resolutions at ASLMU are written within a week or two, this resolution took over a month to write after being proposed in late March 2021. ASLMU elected to commit increased time and resources to the resolution and collaborated with Transcendence, an LMU club that celebrates transgender, non-binary and genderqueer students, in order to maximize its impact.

Junior political science and music double major and senator for diversity and inclusion Senator for Diversity and Inclusion Camille Orozco said, “We were very lucky to listen to the lived experience of Transcendence members and learn about their experiences in athletic spaces. With their support, we were able to make this resolution informative and include context of anti-transgender legislation in sports.”

In general, ASLMU resolutions exist to inform, address and educate the LMU community on issues that affect our students. The new administration seeks to work on several sweeping shifts to the way resolutions are interacted with. One problem is that not enough people hear about the resolutions, which leads to no systemic change. On the topic, Woinarowicz said, “I think a few changes to the process that would be extremely beneficial would be to make sure that our upper administration hears about the resolutions and that senators work with already existing groups on campus.”

The involvement and contributions by LMU administration like the Office of Intercultural Affairs could lead to reallocation of funding and more targeted departmental counseling. In addition, most resolutions ASLMU writes have a correlating student group on campus that interacts closely with the given topic. Collaborating with that group not only helps a senator with writing the resolution, but makes the resolution all the more prevalent to those who are most affected by the topic written about. “In this resolution's case, LMU has a club that has created a space for transgender, non-binary and genderqueer students, and those students were able to share their lived experiences in athletic spaces,” said Woinarowicz.

ASLMU has released a slew of initiatives and responses in the recent months in response to current events that have deeply affected the LMU student body. These include Awareness for Increased Violence Against the API Community Resolution, Supporting Indigenous Student Union Resolution and Election Day Resolution. To this, Orozco implores that “LMU students stay informed about news and legislation that affects our community members, as we are experiencing unprecedented hate crimes as well as legislation targeting the transgender community. Staying informed and facilitating conversations with friends and family is instrumental in promoting a safe and welcoming culture at LMU when we return in the fall.”