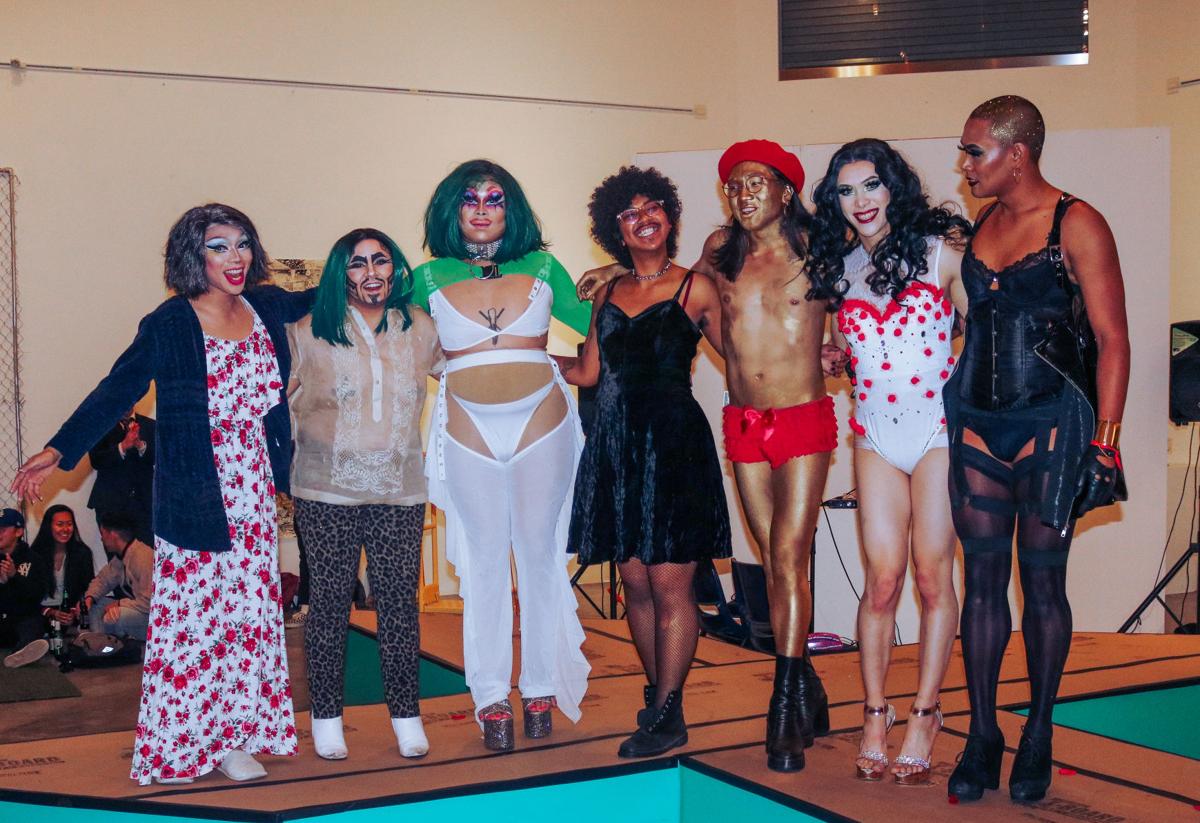 L.A.'s drag kings and queens performed together after the Lazy Susan discussion. 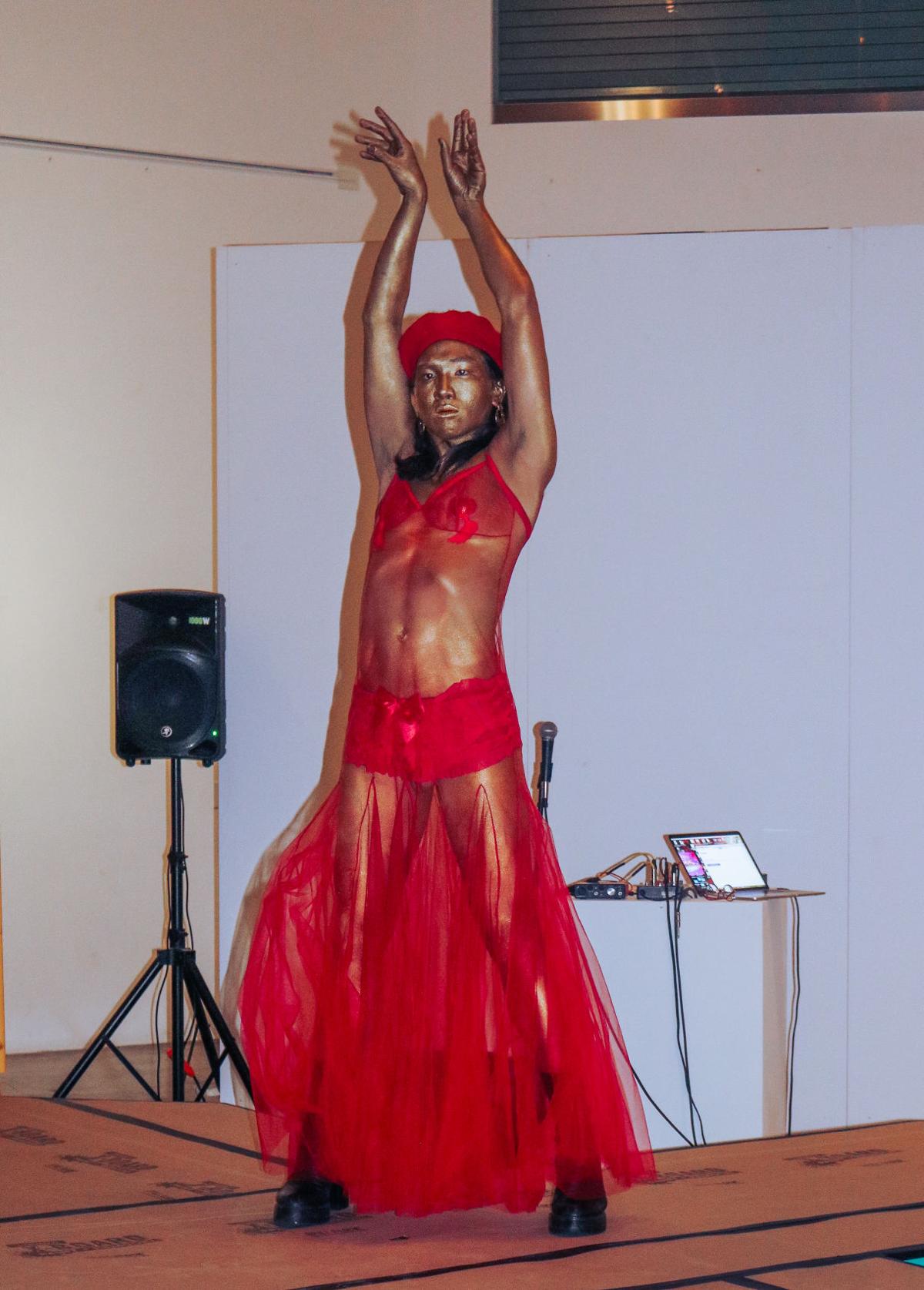 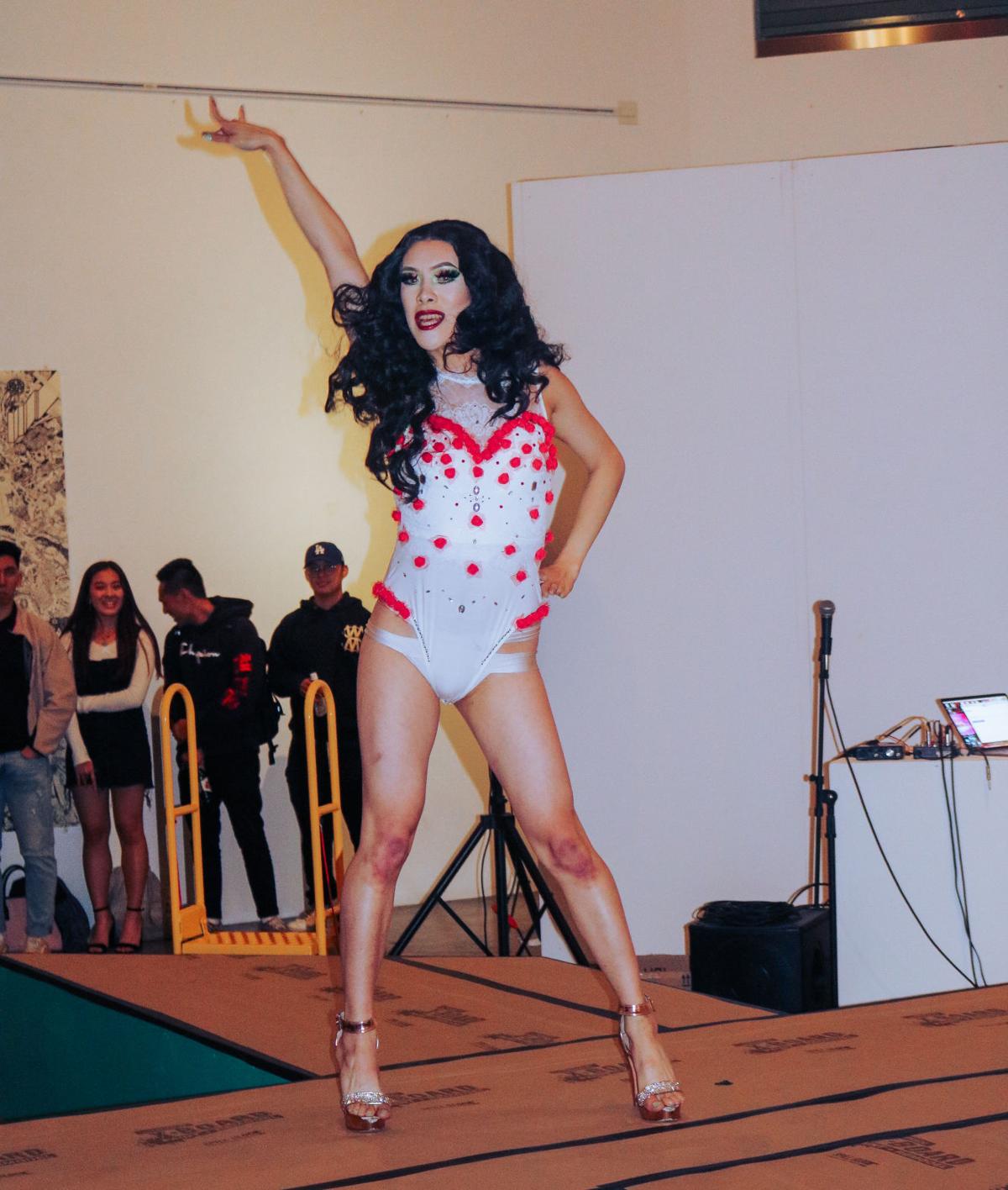 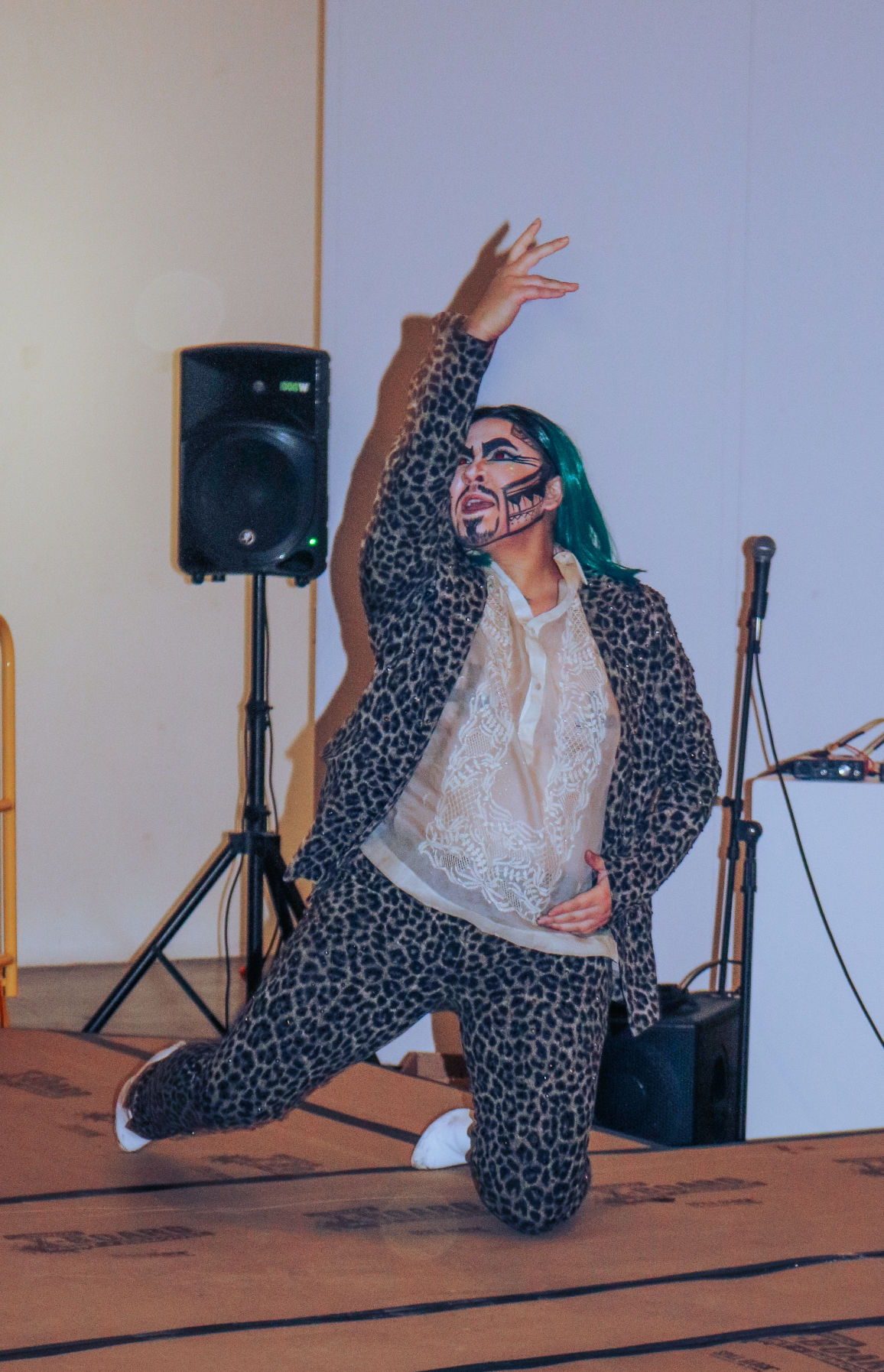 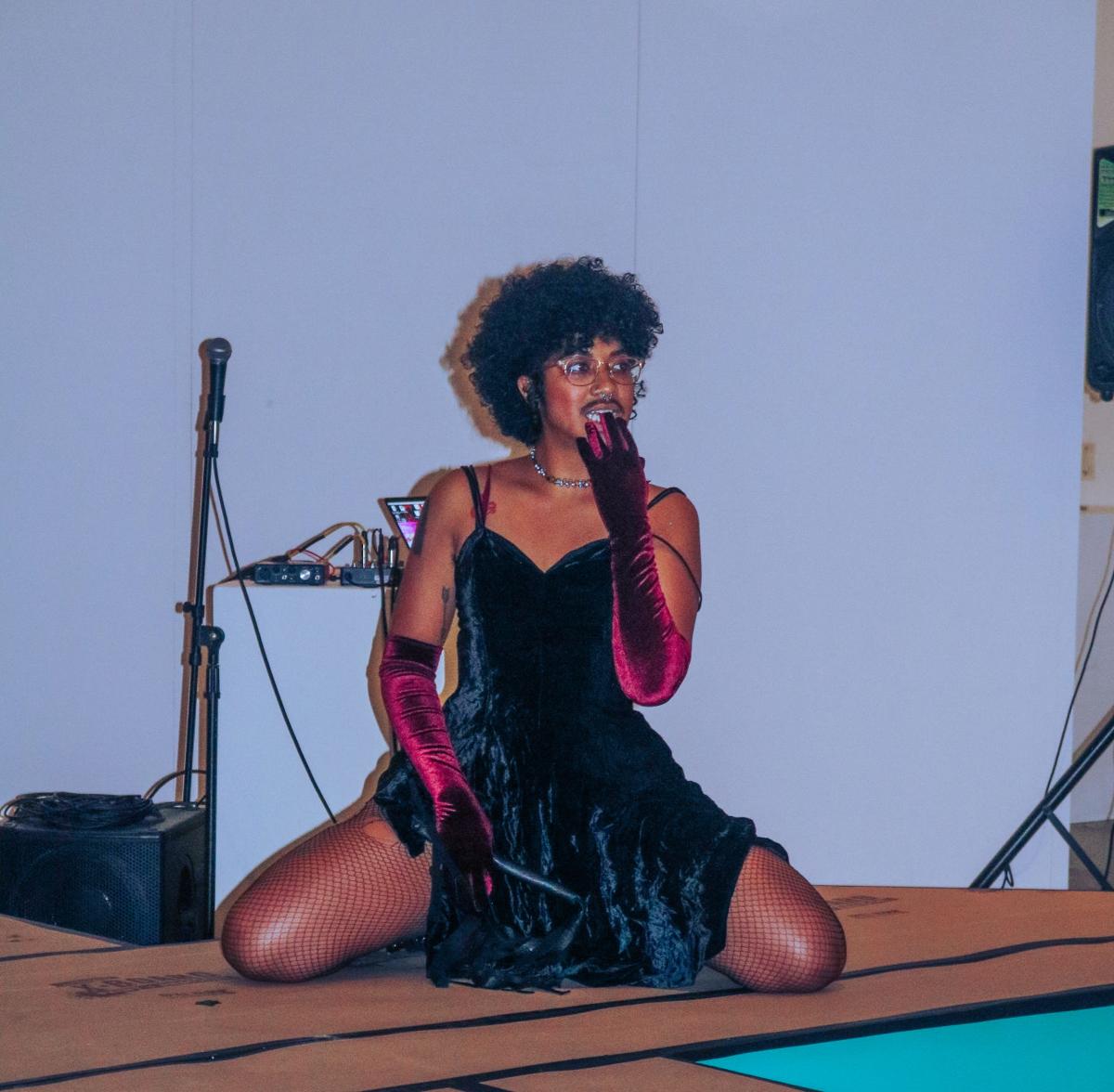 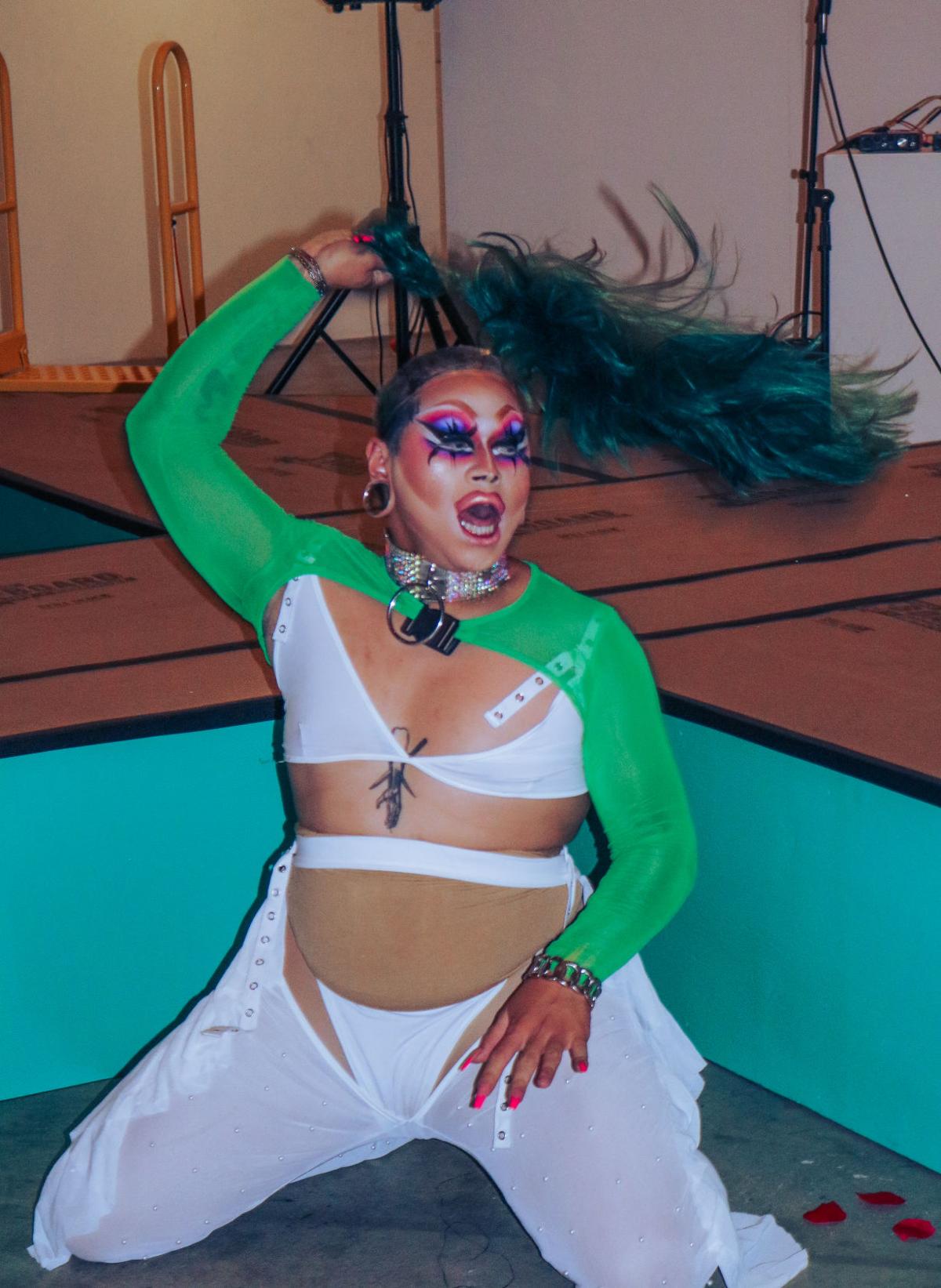 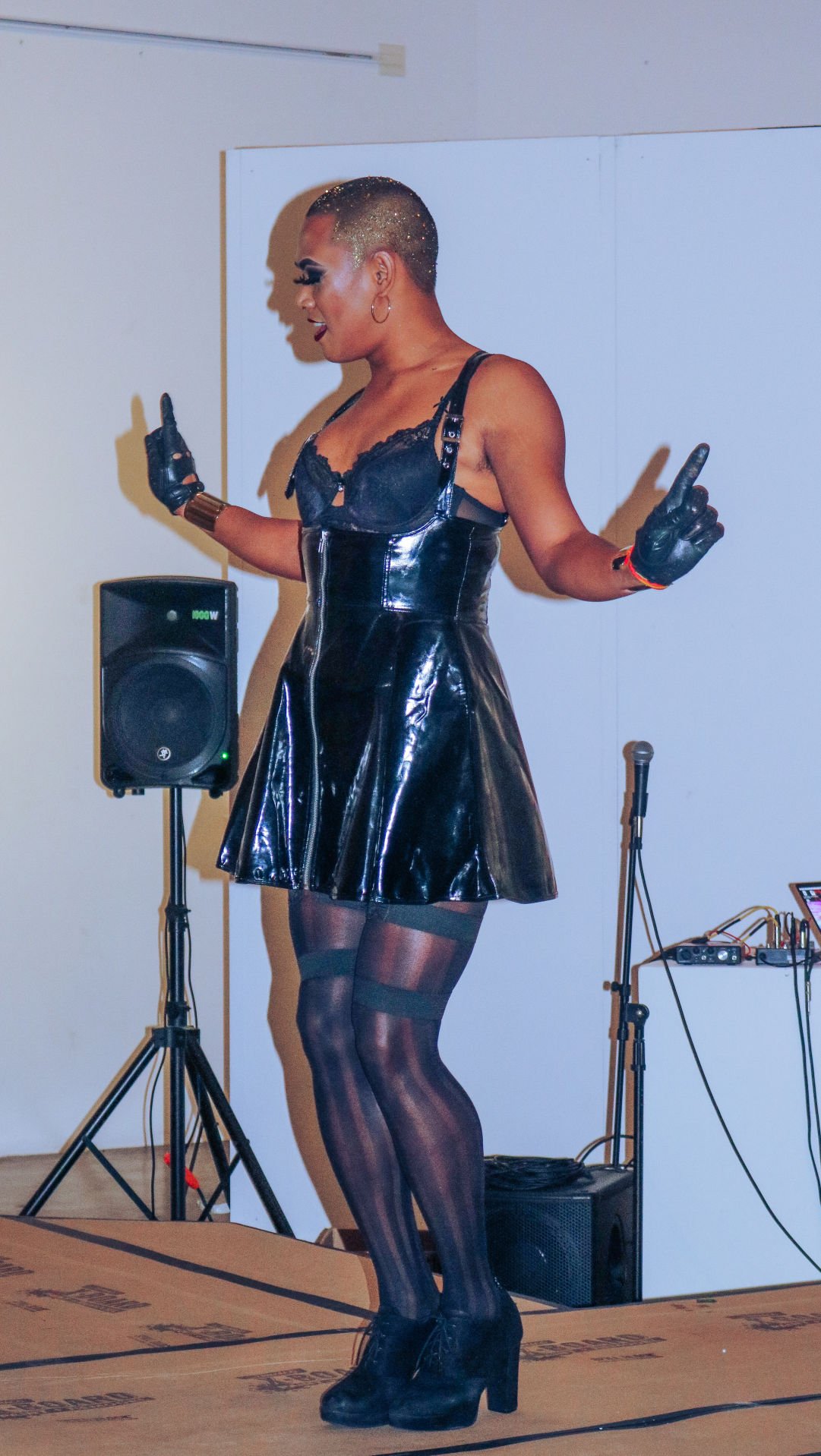 L.A.'s drag kings and queens performed together after the Lazy Susan discussion.

Antonius-Tín Bui recently coordinated "Lazy Susan: An Experimental Drag Lecture." Bui, the artist in residence at the Laband Art Gallery, brought the audience behind the scenes of what it’s like to be a drag queen or king in the Asian-Pacific Islander (API) community as they got ready for the evening. The event featured seven artists — Bui, who goes by Manifestx (@buimonster), Bytch Nastee (@bytchnastee), Lea Salonganisa (@lea_salonganisa), Miss Shu Mai (@missshumai), Skirt Cocaine (@skirtcocaine), Meta Worldpiss (@metaworldpiss) and Lady Tiger Balm (@ladytigerbalm).

Bui commented, “It’s been wonderful working with LMU, specifically Karen Rapp, the director and curator, who has granted me complete freedom in designing a residency … We have been able to work together to create an innovative performance ... it’s been a labor of love … to find ways to support one another.”

The artists talked about both interesting and difficult moments during their careers as they got ready for the performance. Some topics they discussed included public responses to people in drag, responses to the LGBTQ+ community and what their familial relationships were like after coming out. During the discussion, Bytch Nastee, Lady Tiger Balm and the others all mentioned that they felt more comfortable with themselves after opening up to their families and friends about their API, LGBTQ+ and drag identities.

To finish the discussion, Bui asked the round table what they hoped to see in the future of drag and LGBTQ+. Miss Shu Mai hoped to someday be able to walk out in drag and feel safe, recalling how she often feels unsafe when walking out at night after shows or out in public in drag. However, most just expressed their hopes for more acceptance, understanding and inclusion of the API, LGBTQ+ and drag communities in the future.

After the conversation, the kings and queens wrapped up the preparations and performed a stunning set together, showing the audience what it means to be an API drag artist.

After the show, Alex Kwong, a junior management major said, “I came to support some of my friends, but there’s so much more here that I decided to stay …  I learned about a lot of the challenges that they face in their everyday lives that I don’t really think about.” Kwong also said that it was important to support our community in any way we can. Similarly, freshman recording arts major Zoe Cannon said,  “I wasn’t aware of the Lazy Susan, so I just knew about the art gallery but then I saw the queens and kings … I was really surprised but I’m really happy.” Both Kwong and Cannon said that it was eye-opening to learn about the benefits and challenges of being part of the API, LGBTQ+ and drag communities.

Both Bui’s solo exhibition and special event are part of the “[IN]visibility Series,” an educational and social program run by the Asian Pacific Student Services and the Vietnamese Student Association to promote API culture. If you missed this event, check out Bui’s main exhibit, "Finding Heart (tìm tim)," which will be open to the public for viewing at the Laband Art Gallery until Dec. 14.

Sammi Su is a sophomore marketing and Asian and Pacific Studies dual major from West Covina, CA. In her free time, she loves exploring new food locations and creating videos with friends.