Titled Evolvers, Romero’s nephews run through their homeland carelessly with countless wind turbines in the background. 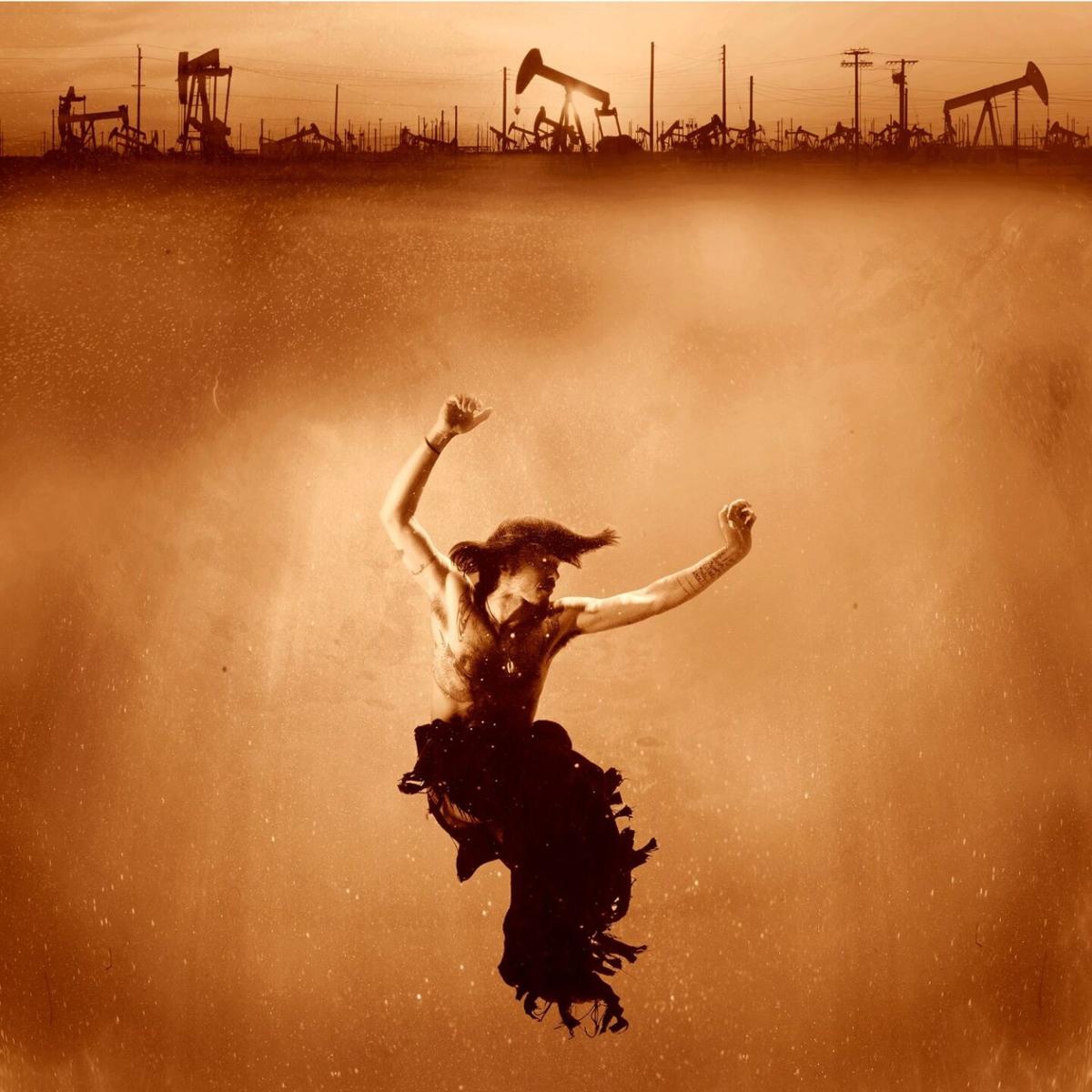 Living somewhat of a double life, photographer Cara Romero grew up spending each school year in Houston, TX, and summers on the Chemehuevi reservation in California’s Mojave Desert. She highlights these contrasting lifestyles through her work, emphasizing her biracial identity and appreciation for Native American culture.

“It was [a] very beautiful wide open country, so I grew up really close to nature along the Colorado River," said Romero. "We as kids played outside all day long, there were very few locked doors and everybody in the community knew each other.”

Spending her childhood on the reservation with only 30 other families and acres of rural land, Romero’s tight-knit community have become the stars of her work — specifically her recent Desert X series. The series showcases four young boys from Romero’s reservation, distant relatives who refer to her as "auntie."

“If you look at all the photographs, they’re all friends and family, and that kind of counters the exploitative nature of photography,” said Romero. “You’ll see that there’s a real sense of trust in the images, and that’s exactly where that comes from.”

Photographing the boys in their natural habitat with intentionally embedded urban elements comments on Romero’s conflicted city/rural upbringing, a common theme throughout her work.

These elements can also be found in Oil Bloom, a photograph taken underwater and later edited to layer on top of industrialized oil factories. After practicing in the bathtub, Romero took the photo sitting at the bottom of a pool with a scuba diving instructor, a process that took months of preparation and waterproof equipment.

“The subject of the photo is from both Fort Berthold and the Standing Rock Reservation, and so this series deals with both the historical and present-day fear of flooding, as many tribes were flooded out of their ancestral homeland in the name of hydroelectric energy,” said Romero.

As Romero also grew up living in a marginalized community, she did not feel connected to west coast roots, but she plans to return to her birthplace of Inglewood this year for an upcoming project. She plans to include the ocean when highlighting the Indigenous peoples from the coast, as so many western tribes have become invisible in the eyes of the government.

“The [22] tribes along the coast were never federally recognized because the land was deemed far too desirable by colonial entities, so their treaties were never ratified,” said Romero. “It’s no mistake that none of the coastal peoples were given land, so I really want to address that issue from an aesthetic point of creating empowerment.”

Through her lecture on photography and the importance of cultural motifs, Romero hopes that students seek to find the humanity in not only her work, but also any piece of art.

“I feel like the more layers of content there are in a photograph, the more chances I have to connect with other humans in general — independent of race or religion or background,” Romero said. “We’re all humans and I think it is really important to me that if there are students interested in pursuing that, it’s possible.”