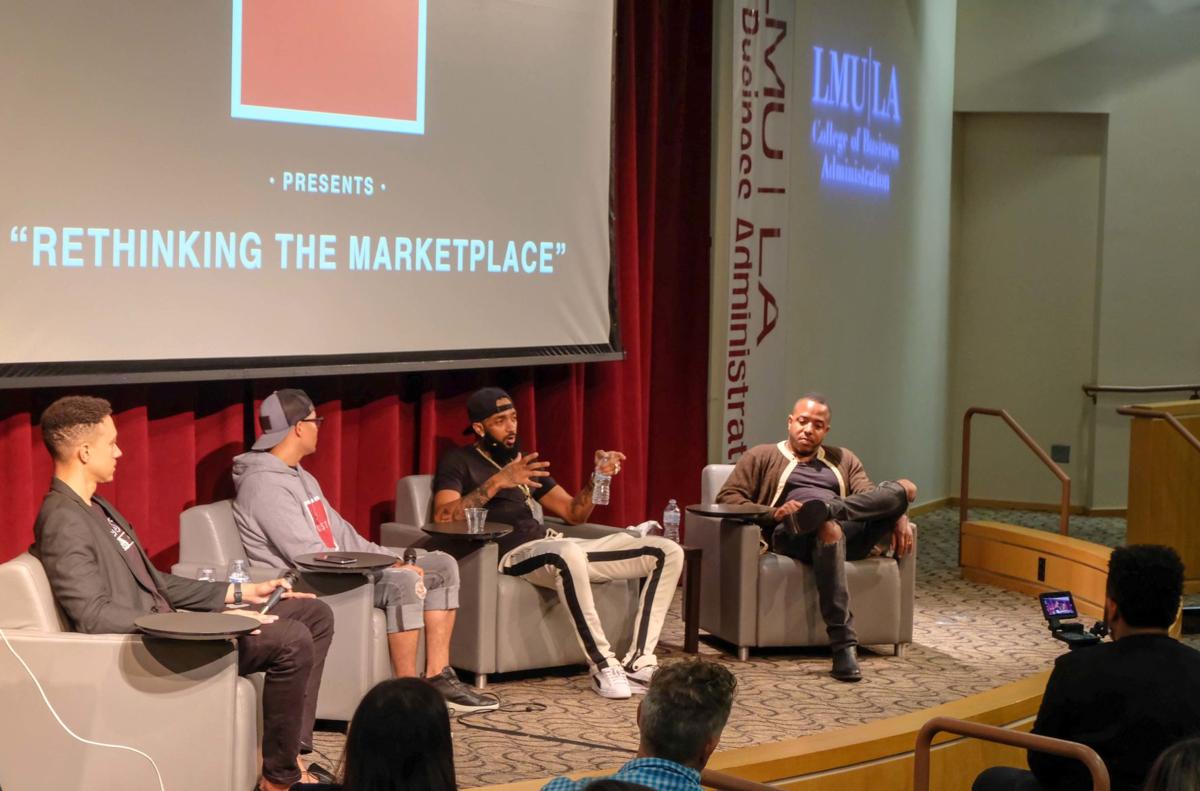 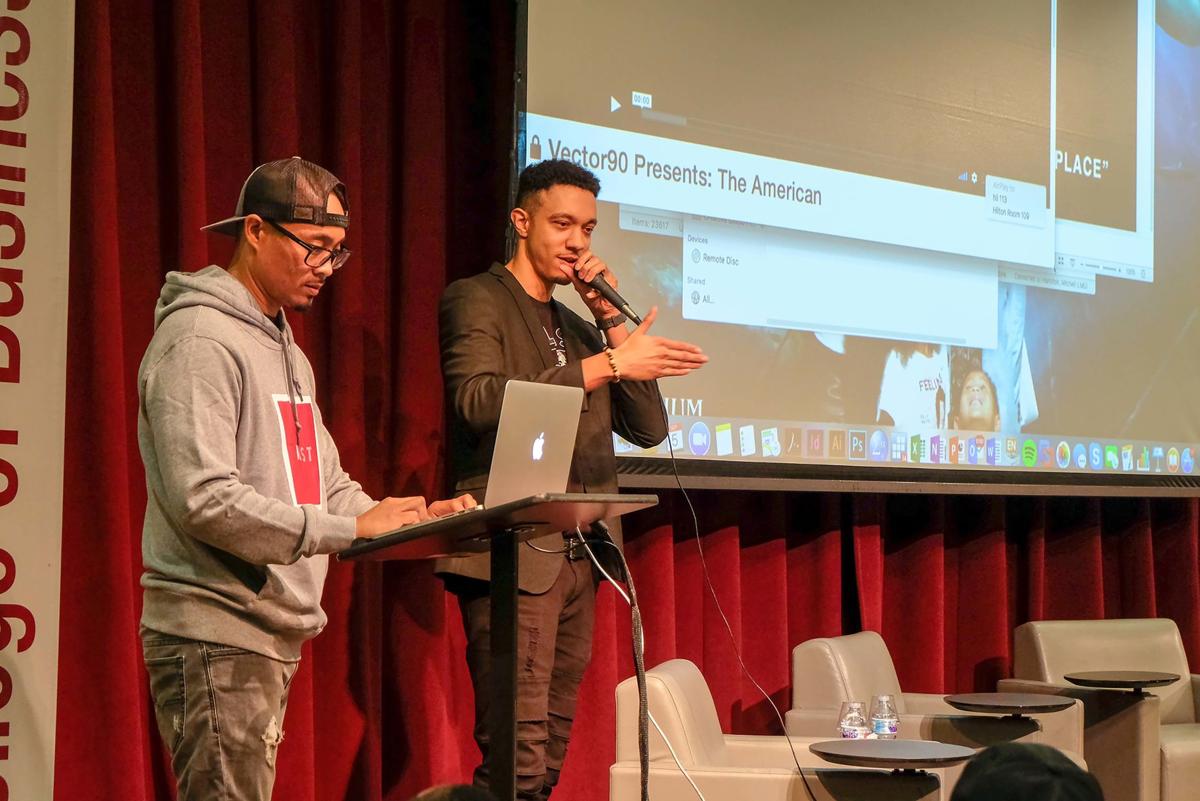 L.A. rapper Nipsey Hussle and real estate developer David Gross came to speak to a group of LMU students on Wednesday, Sept. 5 at 7 p.m. in Hilton 100 about their company, Vector90. The event was targeted at students from LMU’s marketing department taking a course called “Rethinking the Marketplace,” a foundation to LMU’s new A-LIST Pathway – Applied Learning in Societal Transformation.

Dr. Saint Clair and Dr. Hamilton held an open discussion with Hussle and Gross about Vector90, “a co-working space located in the Crenshaw district targeting underserved entrepreneurs and creatives,” according to Dr. Saint Clair.

This event is only the beginning for LMU’s A-LIST students competing in a “Shark Tank-style competition,” with winning business concepts receiving potential funding at the end of the semester, according to Agostoni.

“In simple terms, the [A-LIST] program’s goal is to get business students thinking about how to achieve the triple bottom line in their future line of work: making money while at the same time doing good," Kristin S. Agostoni, the assistant director of Communications and Media Relations at LMU, said.

Catheryn Mallari, a junior marketing major who is a part of the A-LIST pathway program, was excited about having the opportunity to get to know how Vector90, in a district like Crenshaw, is able to implement a triple bottom line — a framework measuring a company's financial, social and environmental performance over a period of time, according to The Economist.

“There is an underinvestment in [communities] that don’t have the opportunities to rise above their status,” Mallari said. “To have a hub where, not only our entrepreneurs are welcomed, but they’re able to bounce ideas off of each other and form a community where they are supported and they can fail together. To be able to learn about that and be a part of it, so that you can be able to find those pathways in your own career, I’d love to learn more about that.”

Students were able to ask Hussle and Gross questions about the history behind forming their company and the challenges of working on industry-involved experiential learning projects such as Vector90.

LMU's A-LIST program has previously partnered with actress Jessica Alba’s Honest Company — which sells ethical, organic household products — as well as a vegan soul food restaurant started by Angela Means called Jackfruit Cafe in Inglewood. According to Dr. Saint Clair, another example of the type of work that the A-LIST program prepares LMU students for is Nike’s new "Just Do It" campaign with American football quarterback Colin Kaepernick.

“Hussle and Gross are both from South Los Angeles, a historically economically challenged and ethnically diverse community," Dr. Saint Clair continued. "The challenges they’ve overcome and their pursuit of the double bottom line — profitability with positive social impact — is a story that LMU’s students should understand as part of their preparation to enter the world of business.”

Kayan Tara is a senior Theatre Arts and English double major from Mumbai, India. In her free time she likes taking naps on the beach, trying new foods and contemplating the vastness of the universe as she drinks way too many cups of tea.