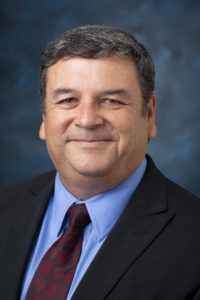 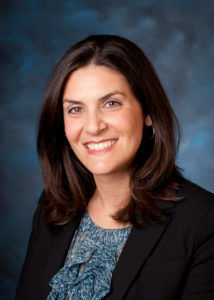 LMU announced a multitude of major changes to the Department of Public Safety (DPS) on Tuesday, including a new chief of DPS and the creation of a new position, vice president for campus safety and security. These changes are effective on March 20.

Devra Schwartz is the first VP for campus safety and security. This job entails “campus-wide planning, implementation and monitoring of safety and security operations,” according to Lynne Scarboro, executive vice president and chief administrative officer, in an email sent to all students.

In an exclusive interview with the Loyolan, Schwartz said, “Our goal isn’t just to keep the campus safe, but to help it feel safe.”

Martinez, appointed interim chief after this November incident, is aware of the community’s skepticism towards his department. In light of this, he has been working to prove DPS’ abilities and ensure that such an event never happens again.

“We do monthly test alerts,” he said. “Every member of DPS has done the alert. We can do it through phones, laptops and desktop computers.” Martinez is also changing the system DPS uses.

In addition to this, DPS constantly does impromptu, tabletop scenarios—such as an unknown person having a knife in the Habit—to prepare for events in the future.

Schwartz said DPS wants to “shift from a model of performance based on predictability to one of adaptability.”

VP of Campus Operations Michael Wong said, “We are making sure staff is aware of protocol. We know how to and are ready to reach out faster.”

One problem that came up in the report on the school shooter hoax, according to Martinez, was that there were limited DPS staff members, which left those on-duty stressed and overwhelmed. Hiring more staff is a priority for the new chief.

Martinez will report directly to Schwartz, who in turn reports to Scarboro. The reorganization of leadership moves DPS from under the Campus Operations umbrella to become its own body under Scarboro.

Other new changes focus on dialogue between DPS and the LMU community. First, the Emergency Management Committee will become a Public Safety Committee. Second, DPS will create the Public Safety Student Ambassador Program.

The Emergency Management Committee aims to “identify goals and enhance emergency management and campus readiness,” according to Scarboro. The committee is made up of “academic and administrative representatives.”

This will transition into the Public Safety Committee, “will focus on public safety concerns and allow for the pool of participants to be expanded to include more faculty representation,” according to Scarboro.

The Public Safety Committee differs from the ambassador program, which consists of undergraduate and graduate students meeting monthly to create dialogue between DPS and the student body.

The ambassadors will give feedback to DPS about how the student body views them. They will also assist in crafting and implementing upcoming public safety ventures.

There are no details about when these programs will begin, nor about how students/faculty can become involved. More information will likely be released in the coming weeks.

“I believe this leadership reorganization and these new community-partnership opportunities will continue to evolve our safety, security and preparedness initiatives as we strive to create the world we want to live in,” said Scarboro.

She emphasized her confidence in Schwartz and Martinez to make this belief a reality.

She has been the VP of operations at the L.A.  Homeland Security Advisory Council since 2017.

Martinez worked as an operations supervisor for the FBI for 23 years, according to his LinkedIn. He is both an LMU graduate and LMU parent. Scarboro says he “understands the needs of the University and how our officers engage with the LMU community.”

This large-scale reorganization of DPS is evidence that the University saw the need for change after the shooter hoax incident. The new positions, leaders and organizations are steps forward for a department that failed at its job last semester.