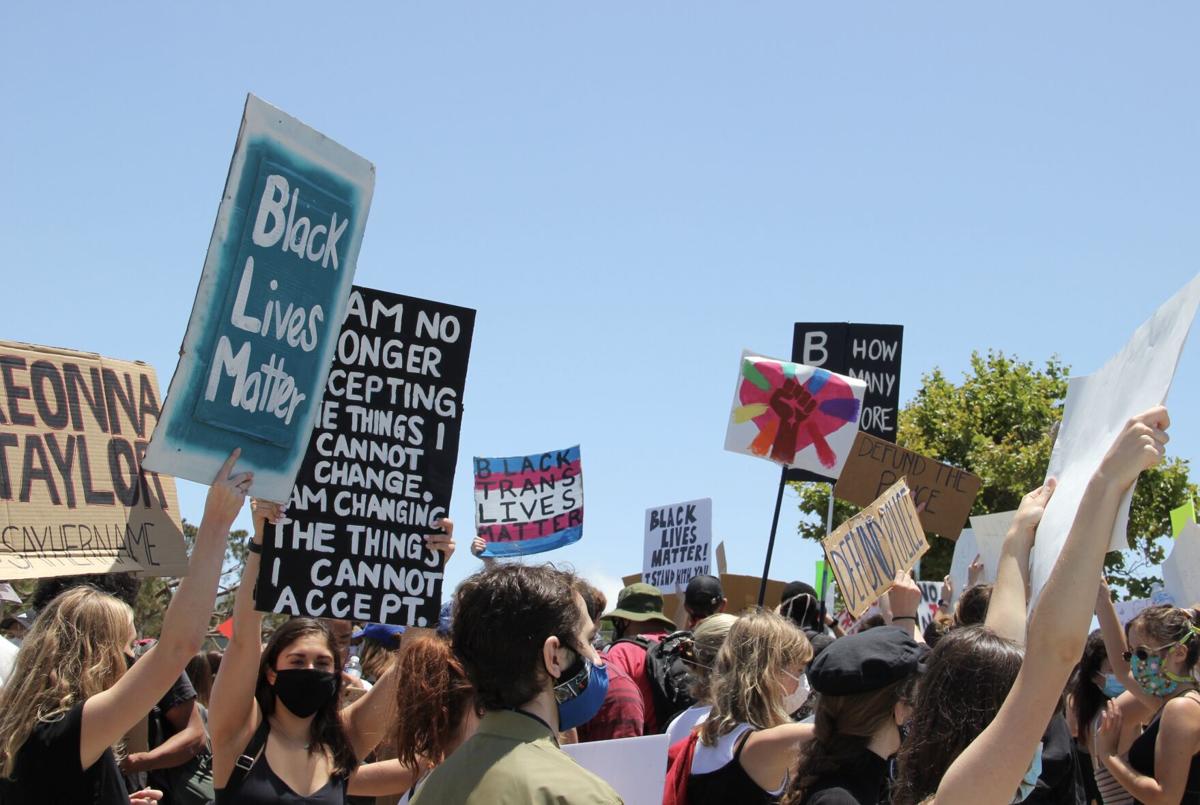 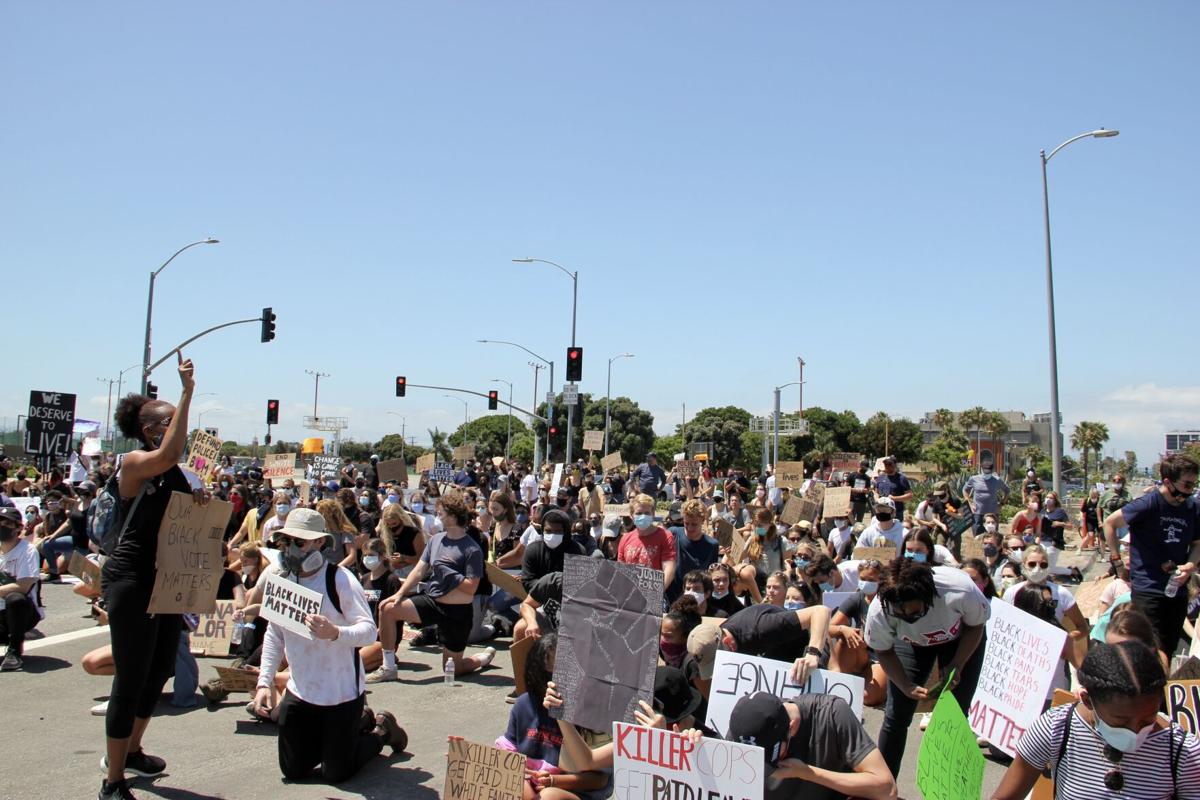 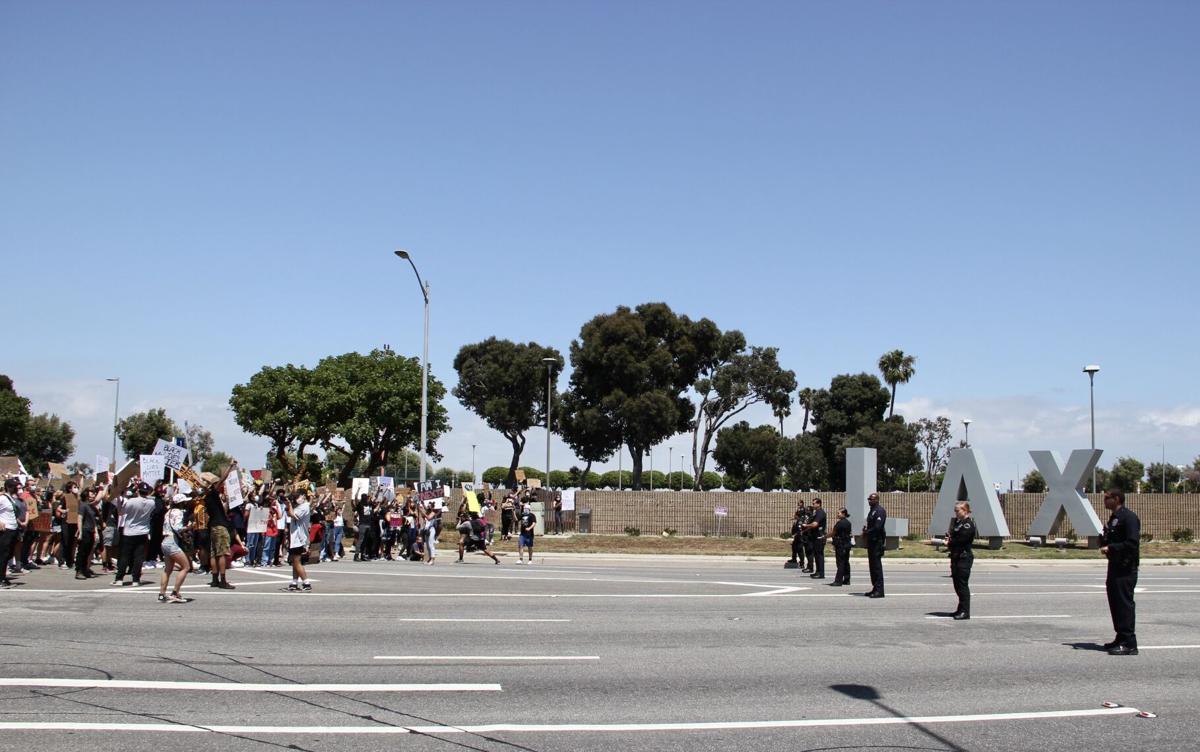 LOS ANGELES - On June 6, 2020, as protests against police brutality took place in Australia, Germany, Japan, Great Britain and other countries around the world, the LMU community came together to fight for the Black Lives Matter movement and in remembrance of George Floyd.

The protest began at noon at the Lincoln Boulevard and LMU Drive intersection. Students and community members held up signs while facing the traffic, their chants mixed with cars honking in solidarity.

Protestors crowded the sidewalk near the University and started to stretch down the hill towards Playa Vista. Hundreds of people were in attendance.

“I wanted to provide the LMU and Westchester community an opportunity to become more involved ... It was beautiful to see the community come together, but it can’t stop there. In this day in age, equality should not be something we still have to fight for, it should be ingrained in society,” protest organizer Sahara Martinez told the Loyolan.

“I'm hopeful and I’m prayerful as well. Because I know my God is good. And I see everybody here; it makes me proud,” she shared.

At around 12:40 p.m., people sat on the grass by the Lincoln Fountain as Dr. Stefan Bradley, Chair of African American Studies, gave a brief speech encouraging protestors to advocate for the Black community. “I believe that we will win,” yelled Bradley. Protestors soon followed suit and joined him in chanting. He was one of a number of speakers throughout the protest.

Following the speeches, participants made their way down to Playa Vista, where they turned around after seeing police officers on Jefferson Blvd. and returned to the top of the hill. Before continuing on, protestors blocked Lincoln Blvd. by sitting in the middle of the intersection in front of LMU while some delivered short speeches and led chants.

Protesters continued their march on Lincoln Blvd around 1:35 p.m., making their way towards LAX. Near the intersection of Sepulveda Blvd. and Lincoln, the protesters faced the police force. Officers stood across the way, blocking any further progression. The officer in charge, Captain Brian Morrison, kneeled, locking hands with one of the protestors.

Shortly after, Morrison requested that the protesters turn around. The crowd fell silent. Before making any movement, protesters kneeled for nearly 9 minutes in recognition of George Floyd’s death and in solidarity with the Black Lives Matter movement, facing the police officers that blocked the road ahead. There and then, amid a pandemic, the freeway to LAX fell silent. Everybody kneeled on the ground for nearly 9 minutes. After the time was up, protesters turned around and went back towards LMU, chanting the names of Breonna Taylor, George Floyd, Sandra Bland and other victims of police brutality.

Community reflects on the death of George Floyd

Since the murder of George Floyd on May 25 at the hands of Derek Chauvin, a former Minneapolis police officer, people across the nation have t…

Anastasia is a junior double majoring in Communications and Journalism from Siberia, Russia.