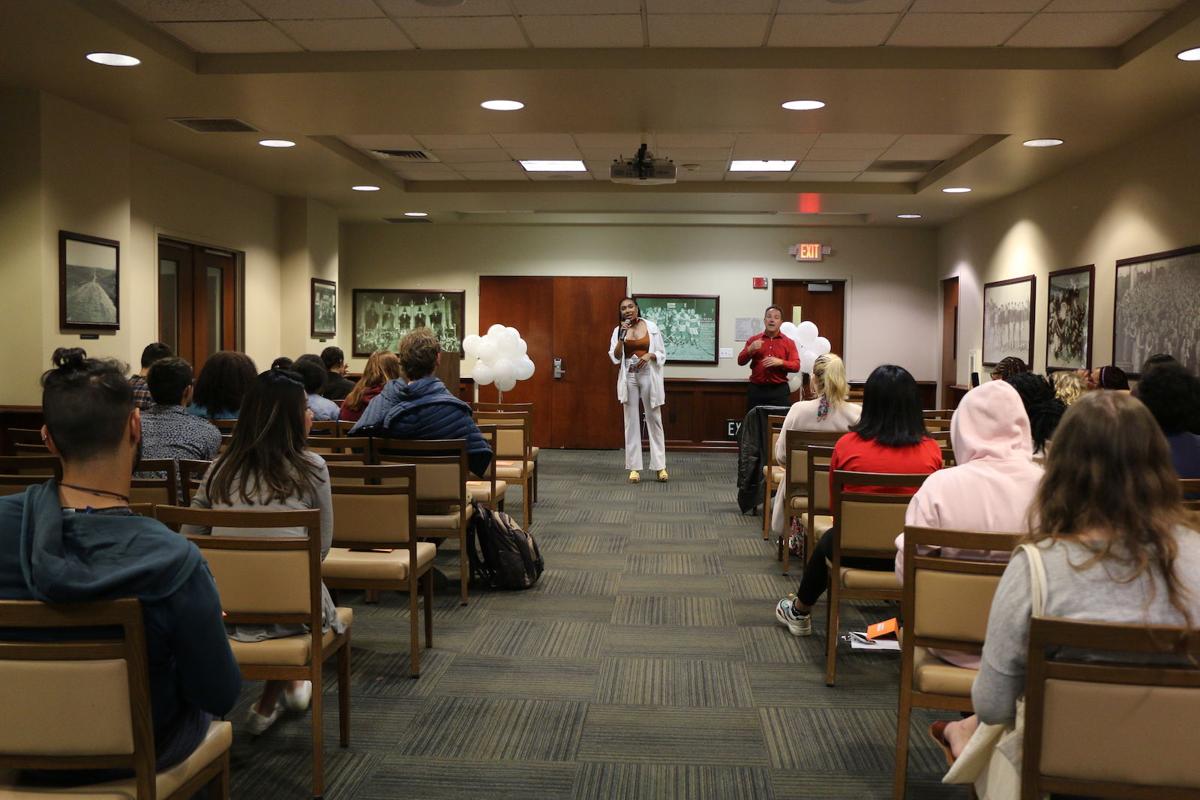 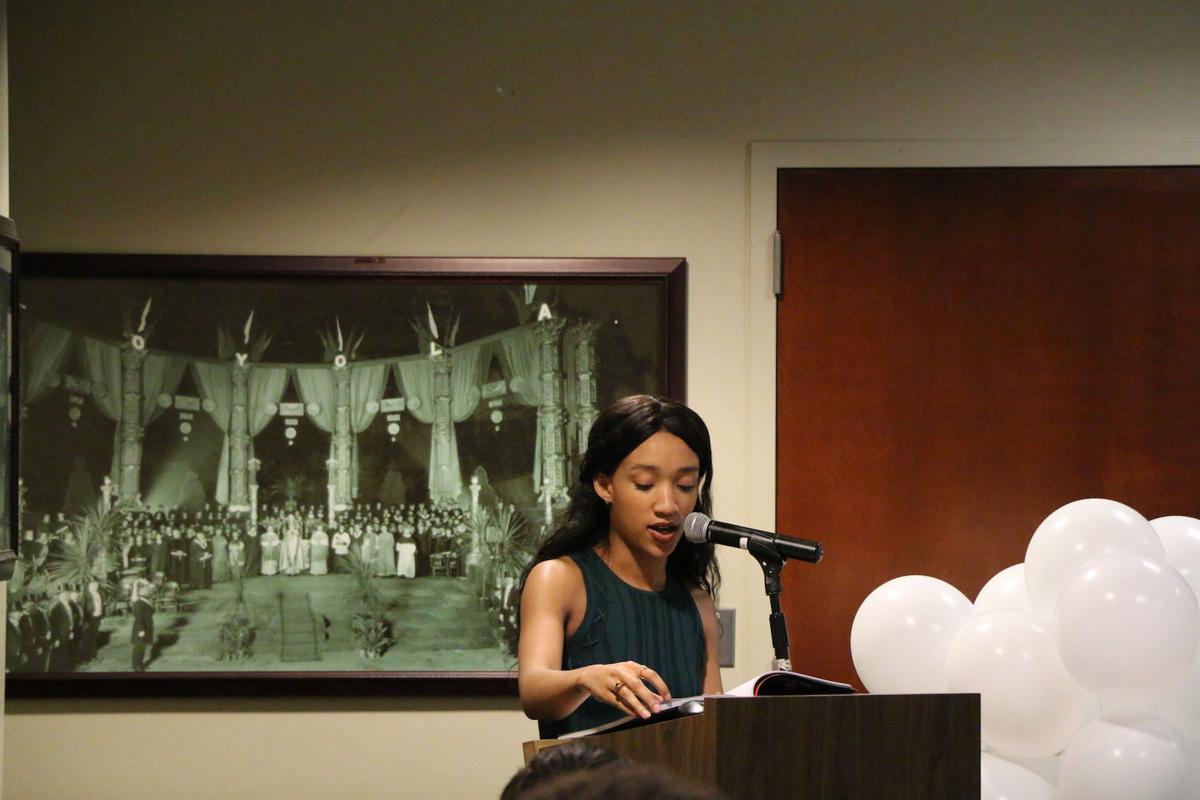 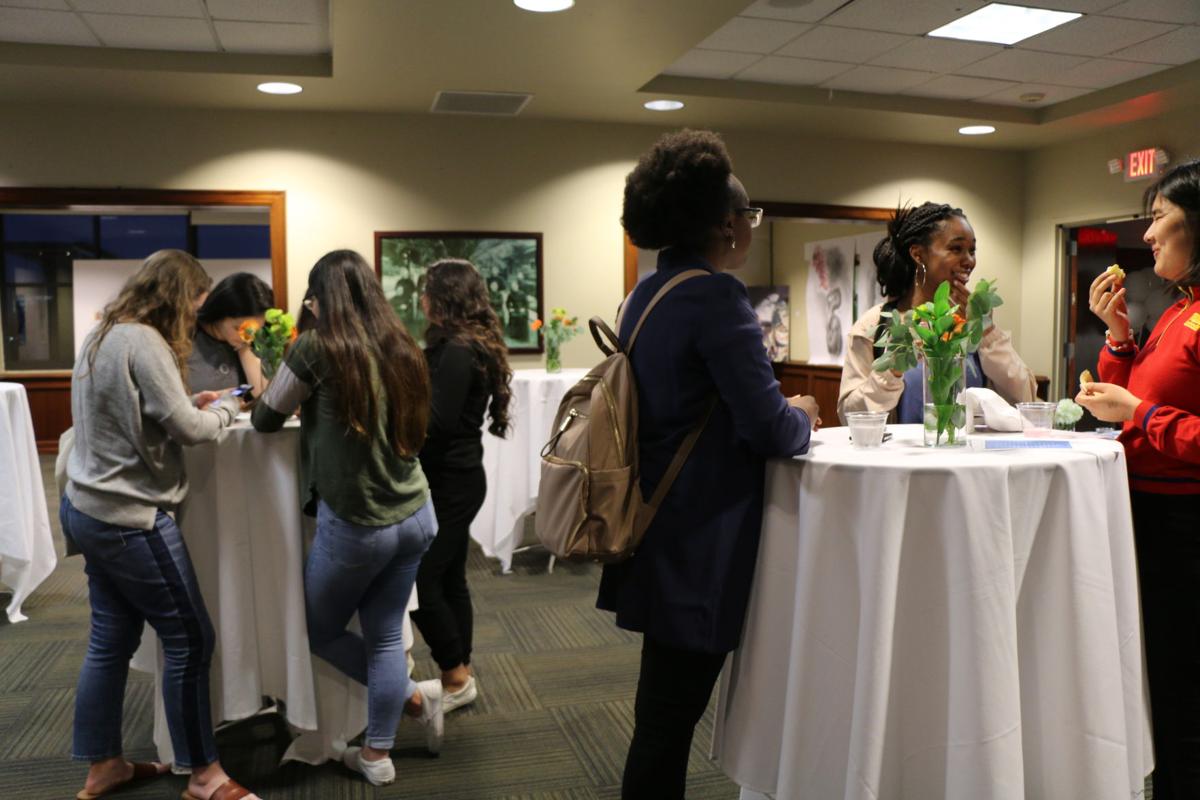 Members of RHA enjoying the 'You're Welcome' Event

Members of RHA enjoying the 'You're Welcome' Event

Residence Hall Association (RHA) hosted a student speaker showcase and art exhibition called “You’re Welcome,” meant to celebrate “social justice, inclusivity and expression,” according to an email sent to LMU students. The event was open to all students and faculty to perform or attend. The purpose of the event was to welcome people of all different backgrounds and beliefs to display their art and speeches. It was held at The Hill on Thursday, March 28.

Jordan Pace, an art education major and director of service and justice for RHA, organized the event. “We talk about inclusivity so much, but are we really inclusive?” Pace asked. “I wanted to create a safe space for people of opposing opinions that are against what's common here in L.A.”

Pace went on to explain that attendees did not have to applaud opinions they didn't align with. “I want people to be able to listen to people who they don’t agree with,” Pace said. “People need to acknowledge what they hear, but they don’t have to agree.”

Devan Hoston-Turner, a freshman psychology major and speaker at the showcase, explained what she wanted attendees to take away from her speech. “I just want it to be more of an open conversation after. Just being able to have a conversation, especially among black women, about beauty and accepting one another and just being open about their own insecurities,” Hoston-Turner said.

Zariya Allen, a guest speaker, spoke to attendees about her writing career. “My writing career began when I was 15 years old, after a video of my teammates and me performing the poem that I wrote, "Somewhere In America," went viral on YouTube. Soon we were performing at the Hollywood Bowl with John Legend, at the Troubadour with Rage Against The Machine and The Library of Congress,” Allen said.

Allen went on to explain to the crowd that while many loved her work, she also encountered hate. “The poem touched on a wide range of topics, from sexual assault to historical revisionism of public school textbooks,” Allen said.

Pace wanted the wide range of ideas and topics discussed to have an effect on the audience. “I think that we can challenge each other to actually listen, to actually acknowledge others,” Pace said. “I always wish [for] people to take away open-mindedness ... sometimes we’re not arguing to hear each other's opinions; we’re arguing to get our point across.”

Grace McCauley is a junior journalism major from Evanston, IL.

I enjoyed a lot in ‘You’re Welcome’ class at hill where I met with experienced and inexperienced students. It was a very good experience to spend some time in hypercasino nz with intelligent students of different institutes. Some of them impressed me a lot by showing their abilities in front of the audience.