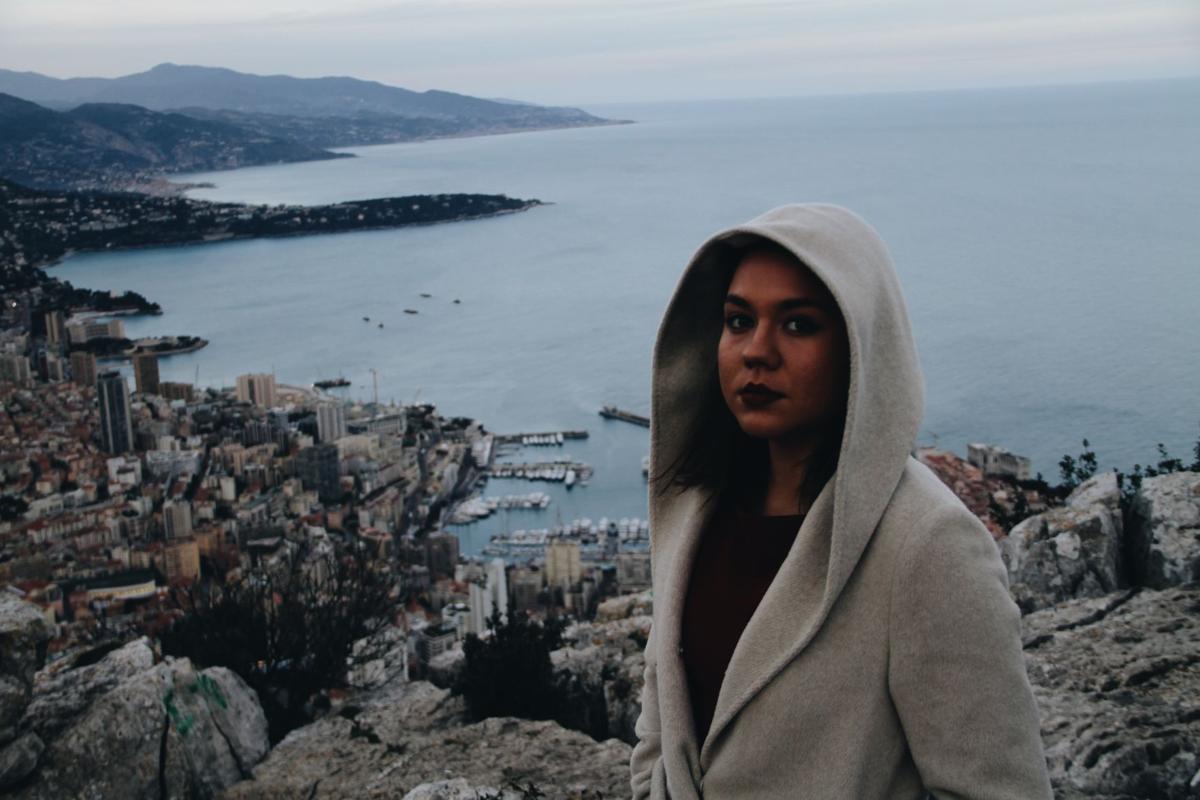 via Elif Gorgulu Elif Gorgulu in Monte Carlo, France will be returning to the United States by Friday, March 13. 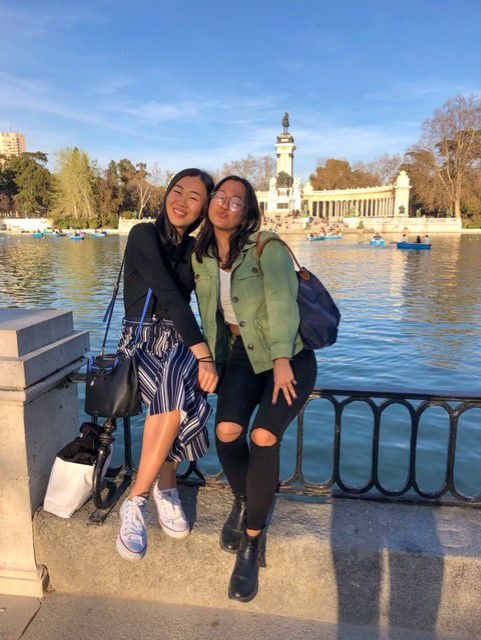 via Gianna Lee Gianna Lee is traveling with her best friend, Celine Chai, in Spain. 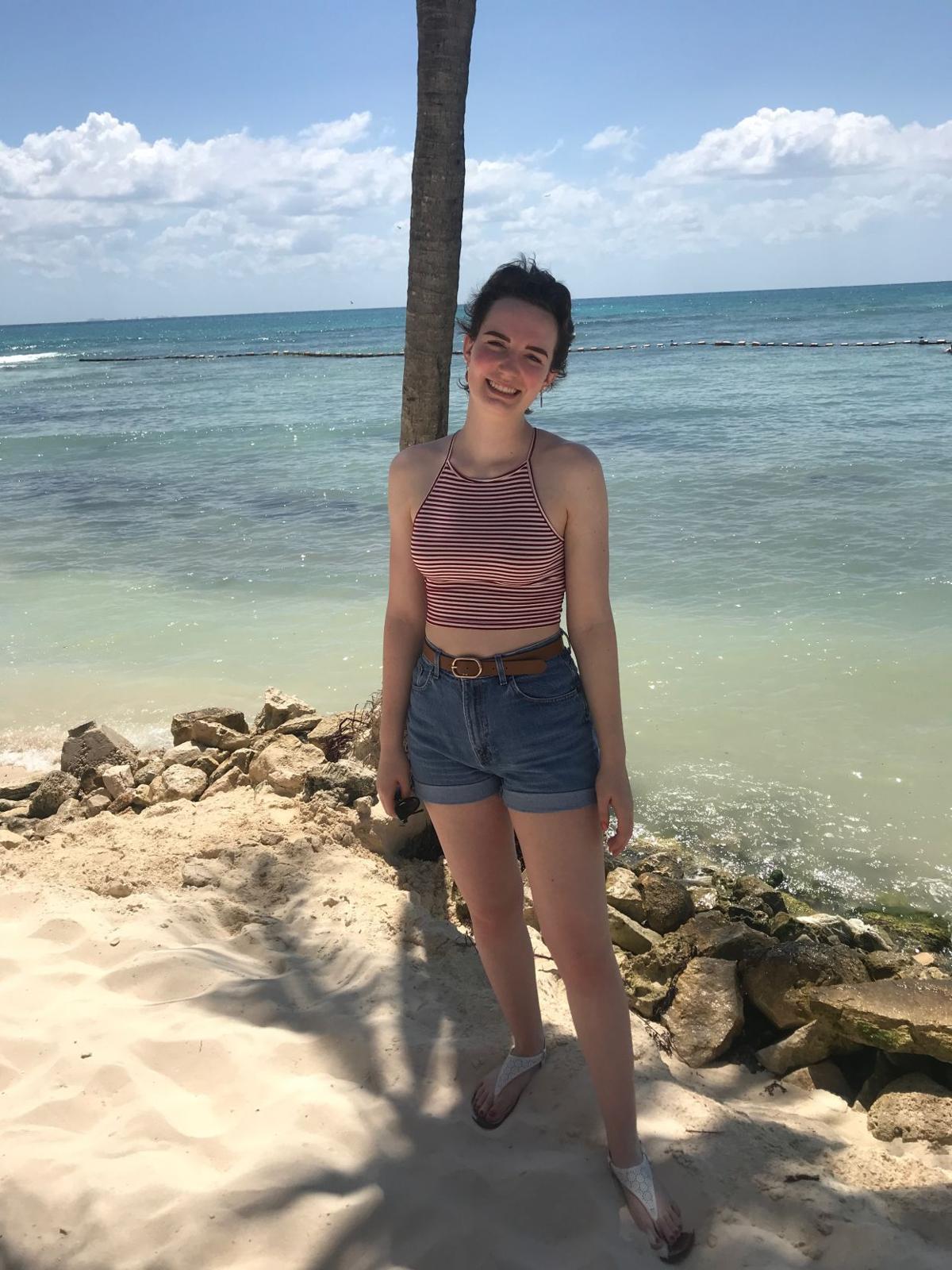 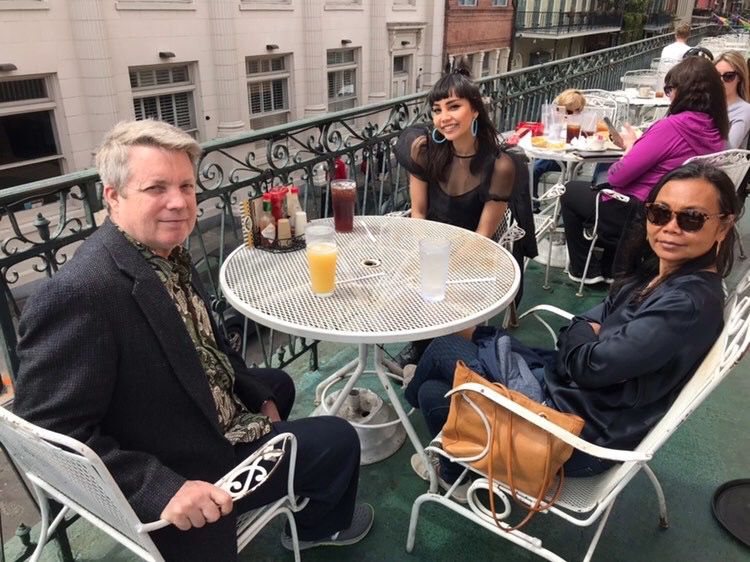 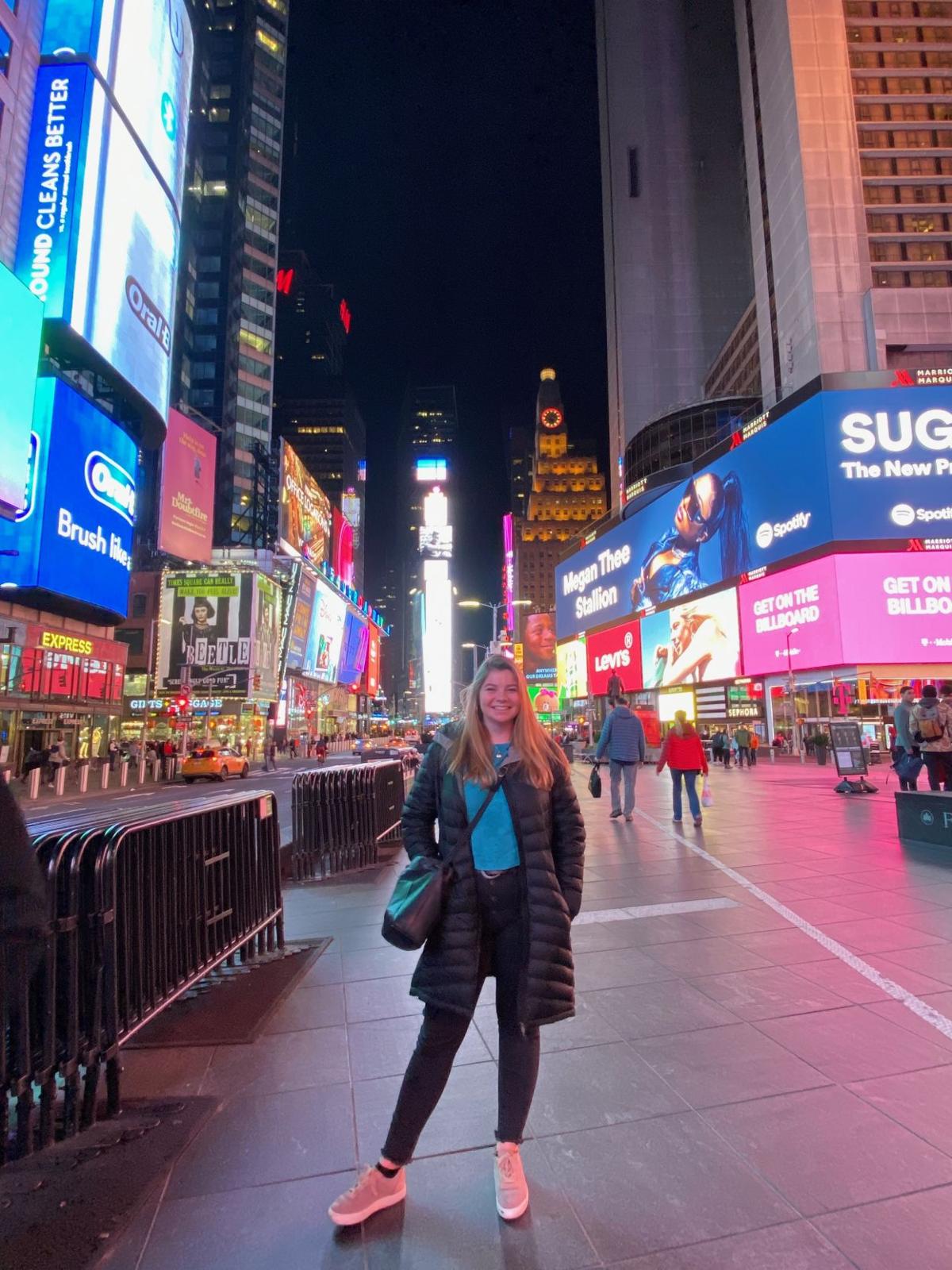 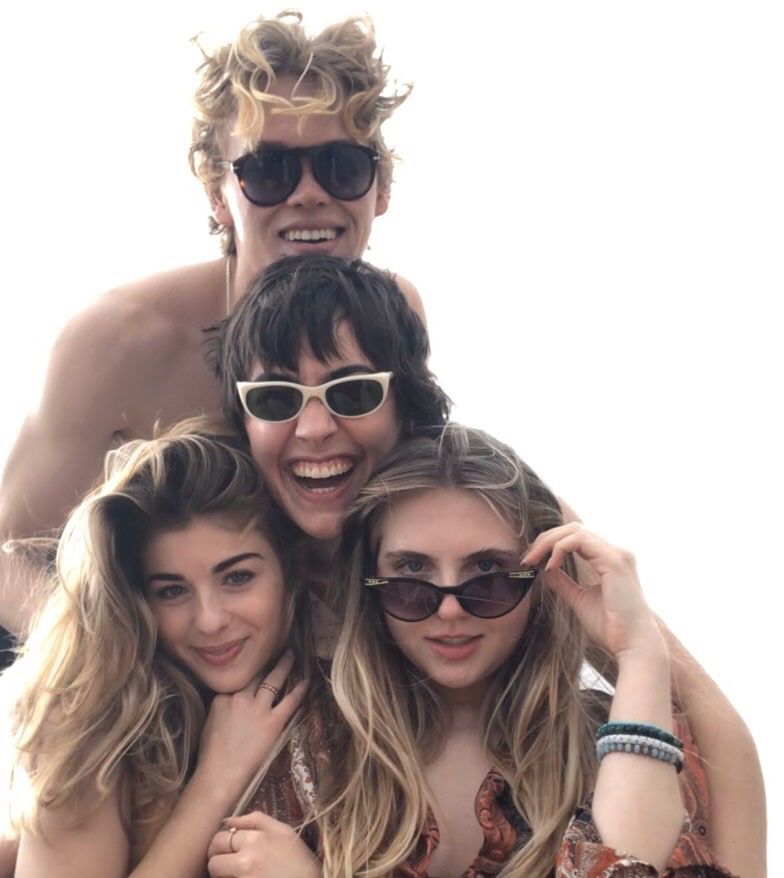 via Elif Gorgulu Elif Gorgulu in Monte Carlo, France will be returning to the United States by Friday, March 13.

via Gianna Lee Gianna Lee is traveling with her best friend, Celine Chai, in Spain.

As the University is currently on spring break, which began March 9, many students have traveled within and outside of the United States. President Timothy Law Snyder, Ph.D., announced that classes will take place online between March 16-31, while campus will remain "open and operational," according to the message sent out on Tuesday, March 10.

Those who have traveled to countries with a Level 2 or Level 3 Travel Health Notice from the CDC have been barred from returning to campus for 14 days, according to a statement released by LMU on March 3.

As of March 11, President Trump has suspended all travel of foreign nationals from many countries in Europe to the United States for the next 30 days. American citizens that have been screened before entering the country are exempt from this temporary ban, as reported by CNN.

As students travel abroad for spring break, this might affect their ability to return to the United States. Students on holiday outside of the Los Angeles area reflect on the current situation.

“France has not let me worried in any way. They asked me where I'm from and stamped my passport. Monaco Monte Carlo Casino asked me and my friend if we have been to Italy recently and when we said no, they let us in. I have to go [back to the United States] early because 'our dear president' [referencing Trump] said I cannot enter the country before Friday so I'm coming early. [While these restrictions are a] good precaution but it is not good for tuition money. I did not come this far [being an international student from Turkey] to LMU to have my graduation possibly canceled.”

“Currently [I am] just planning to go back to L.A., but my parents might have me go back home to Idaho, they haven’t quite decided. Mexico has basically no cases of COVID-19 so I feel totally fine. Everything at my resort is super clean too. I’m not super excited to have classes online, just because acting classes online don’t really work in the same way. I also don’t know if it’s quite needed. I know it’s a tricky situation for the school to navigate so I don’t want to say they made the wrong choice, but I also don’t know if since there aren’t cases of it even on campus if we need to go online.”

“I’m nervous about the health situation. There’s a lot of uncertainty in terms of travel, I was supposed to be in NYC on a school-sponsored career trek through CPD, but that got canceled three days before we were supposed to leave. A lot of my purchases were non-refundable, so I decided to come anyway. . . The Broadway audiences don’t seem too affected, we’re still cramming 1,500 people into theaters every night, but the bathroom line definitely takes longer to get through because everyone is washing their hands for so long now.”

“Very mixed feelings about going online . . . it’s tough, especially as a theatre major. How can we have theatre classes online? We should receive partial refunds for all the campus facilities we’re not engaging in, and even for the classes we’re not really taking . . . it’s also problematic to assume every student has access to a laptop and wifi and a space where they can actually do classes online, so they better account for that somehow.”

“[My parents and I are] staying in the French Quarter, which is New Orlean’s most populated tourist area, and it doesn’t seem to have affected it at all. I’m personally not too worried about the situation, though I know it’s important to be cautious and I worry about my parents’ health and their potential exposure to the virus. I work two on-campus work study jobs and also do an internship in Santa Monica, but LMU’s plans have made my family decide to have me stay with them in Washington DC until the end of the month, so I’m prevented both from earning my only income and working at the job that could potentially give me a post-grad career.”

“I think the school is taking appropriate action, but it’s also kind of too much, too late. Had we taken the novel virus a little more seriously before spring break, we could have issued out-of-country travel warnings or restrictions, and made plans with professors in-person on how to continue with classes. I used to live in politically and geographically volatile countries where school was often moved online during coups or natural disasters, so I’m a little bit used to this transition to 'distance learning,' but it’s really not that conducive [to] helpful teaching and complicates a lot of students’ ongoing work. I feel especially bad for STEM and Fine Arts majors who will suffer the most from having online classes that are not experiential.”

“I feel like no one is talking about corona here. Definitely feels like a bubble so it’s been a nice getaway. I’m really upset about online school because I’m in five acting classes and I can’t imagine how LMU professors could equate the experience of acting and learning in the room to online. I wish in a perfect world we could all get tested, sign waivers and still go to school but I know that’s not fully safe.”

"The travel ban was honestly really unexpected. Traveling here for spring break was a risk I was willing to take and in assessing possible outcomes, I didn’t expect Trump to suddenly implement a travel ban when he hasn’t been too concerned about the virus thus far. The travel ban also only prevents non-nationals from coming back to the U.S., which is just blatantly racist in my opinion. As an international student, living in the U.S. under the Trump administration has never been a truly safe and stable place to be . . . so sadly, this is not out of the ordinary. My friend and I were able to rebook our flights to land in LAX on Friday but I honestly have no clue what immigration will be like when we land. All we can do at this point is cross our fingers and hope for the best."

"Though school-mandated trips have been canceled, there are tons of people who still went abroad during spring break. I personally knew I would have to self-quarantine when getting back but I have no doubt there would be plenty of students who wouldn’t even after traveling abroad. I fully intend on walking during graduation and having my family fly over from the Philippines to be there with me. Some would say that traveling to Europe over spring break during this time was incredibly stupid. Others would call it living. What I do know is that we can’t let this take over our lives completely. Though we must all be extra cautious, it’s incredibly important for us as a society to remain hopeful and supportive of one another."

Kayan Tara is a senior Theatre Arts and English double major from Mumbai, India. In her free time she likes taking naps on the beach, trying new foods and contemplating the vastness of the universe as she drinks way too many cups of tea.