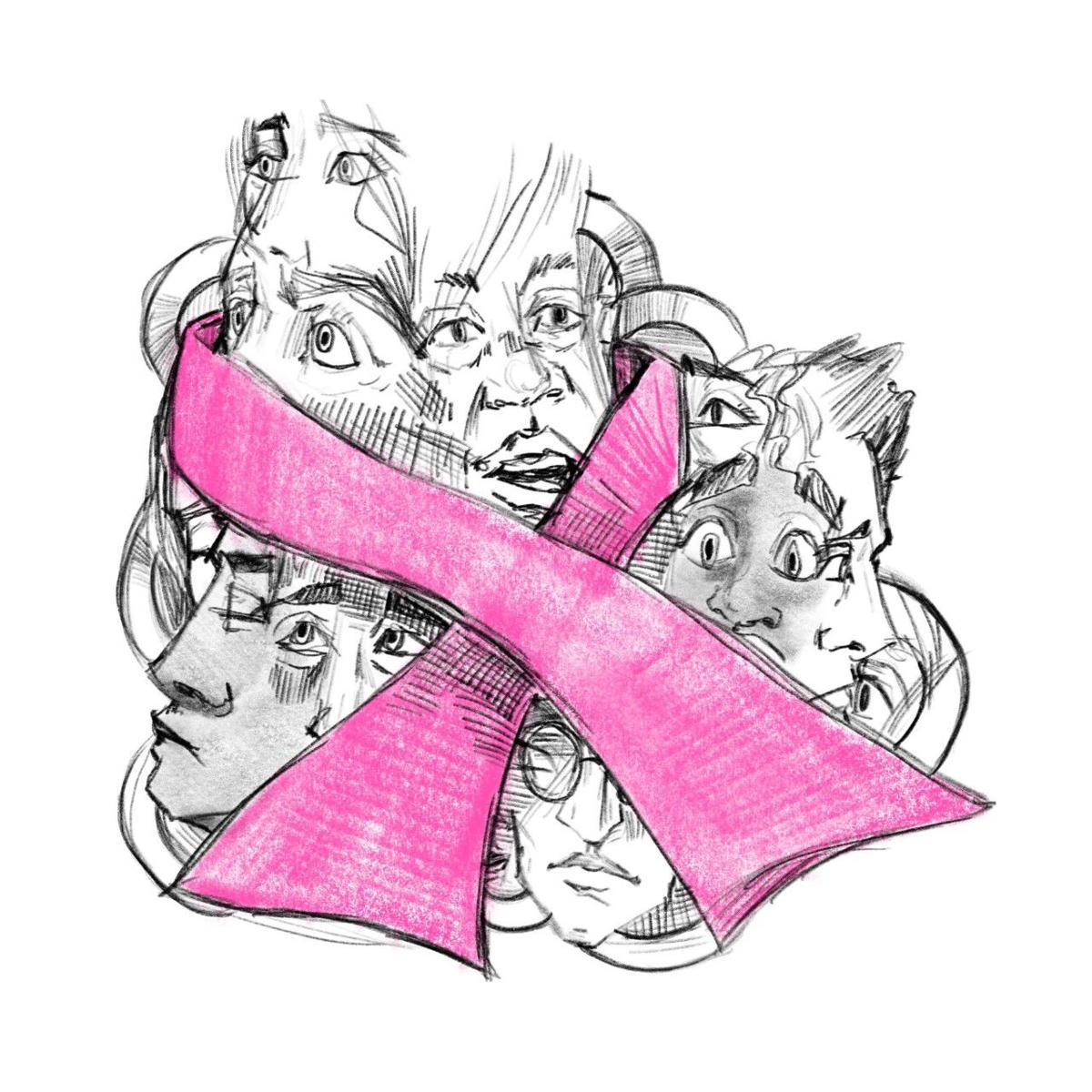 The myths and misconceptions surrounding breast cancer can cause real harm to the disease’s victims. “Radical” and other resources can help combat this misinformation. 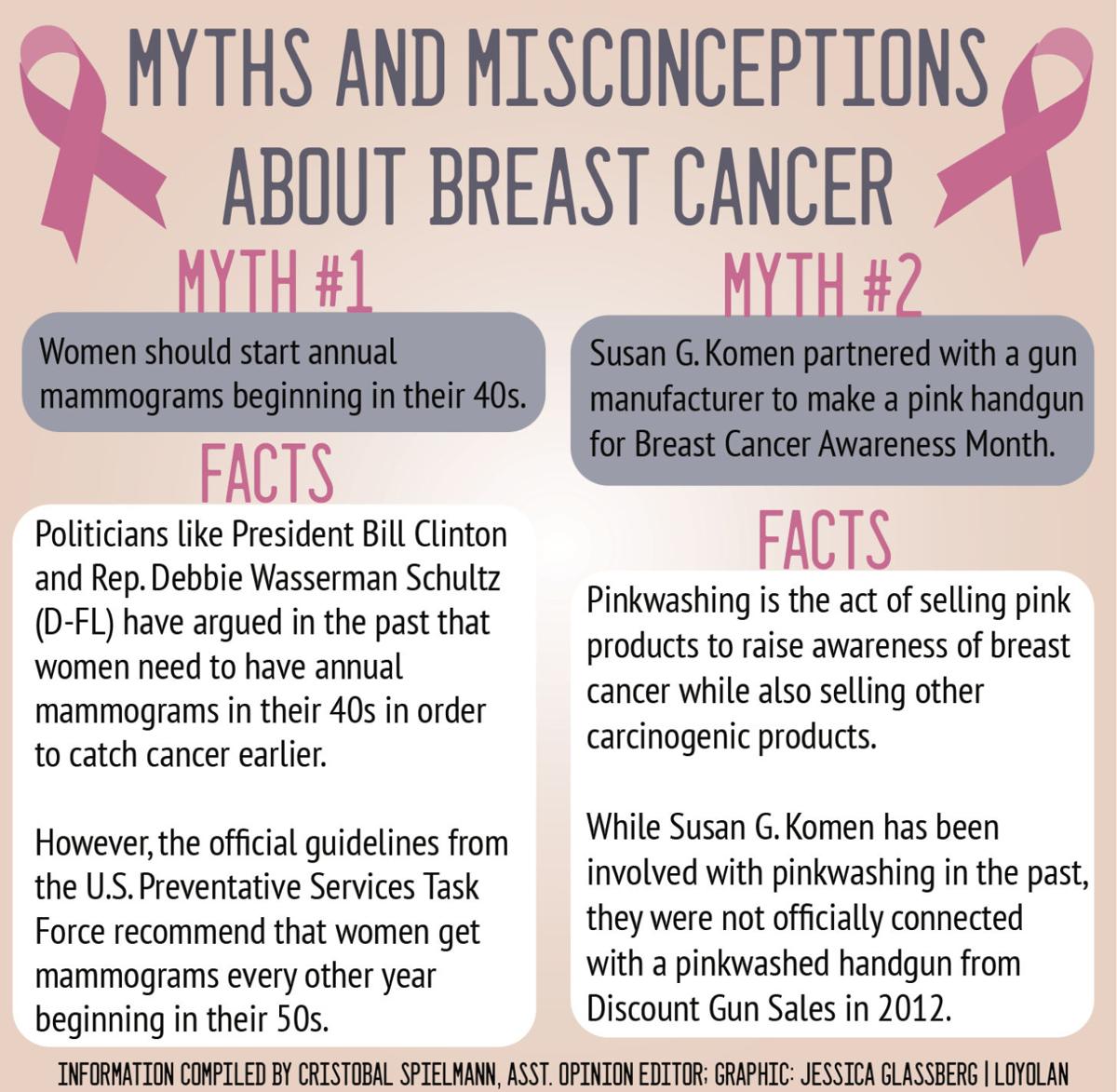 The myths and misconceptions surrounding breast cancer can cause real harm to the disease’s victims. “Radical” and other resources can help combat this misinformation.

In light of October being Breast Cancer Awareness Month, let’s take this opportunity to hone our understanding of the disease and its impact on patients.

Kate Pickert, an assistant professor of English and journalism at LMU, wrote about the popular misconceptions of breast cancer as well as her personal experience with the disease in her recently published book “Radical: The Science, Culture, and History of Breast Cancer in America.”

Pickert illustrates how many common misunderstandings of breast cancer in the U.S. come from decades-long conflicts between doctors, interest groups and government officials in order to provide information useful for their specific concerns rather than providing evidence-based information.

Take mammograms, for instance. While the current guidelines from the U.S. Preventative Services Task Force recommend women between 50 and 74 years old get screened every two years, past proposals, as explained by Pickert in “Radical,” were closer to annual screenings for women starting in their 40s.

Pickert goes on to explain in her book that radiologists with a vested interest in screenings, along with politicians like President Bill Clinton and later Rep. Debbie Wasserman Schultz (D-FL), argued against looser guidelines to ensure early cancer detection would be possible.

Outside of the health care problems associated with breast cancer, there’s also the issue of how breast cancer gets capitalized on without serious attention as to how this can hurt breast cancer patients.

Pinkwashing, as defined by The Washington Post, is the practice of a company decking out a product in pink colors or pink ribbons while also selling other breast cancer-causing products. Some examples of pinkwashing in the past, according to Bust, Breast Cancer Action (BCA) and the Huffington Post, respectively, have included a pink Delta Airlines plane, 5-Hour Energy pink lemonade drinks and even pink firearms (although, contrary to popular belief, that last product was not endorsed by the organization Susan G. Komen).

This year, BCA, the group that originally named the concept of pinkwashing, launched a campaign against 3M marketing pink Post-it notes that BCA argues contain chemicals that may increase the chance of breast cancer.

I have argued in a previous article for the Loyolan that so-called woke capitalism isn’t as bad as some people suggest, but that’s only true if the consumer actually learns more about important issues from these products. However, pinkwashing isn’t educational in the slightest, and it shouldn’t be controversial to call out companies for peddling carcinogens under the name of a social justice cause.

The greatest resource that people can utilize this Breast Cancer Awareness Month doesn’t need to be painted pink to inform them about the disease’s complicated politics. Direct education, whether it be through reading “Radical: The Science, Culture, and History of Breast Cancer in America,” looking up trusted sources online or talking to your doctor about what best suits your individual health needs, is better than any pink ribbon Post-it.

Pickert mentioned in her book how the Women Informed to Screen Depending on Measures of Risk (WISDOM) study led by Dr. Laura J. Esserman was initially funded with a $14.1 million federal grant through the Affordable Care Act. As the U.S. rolls into its next election season, the conversation around health care policy will also be important, as future screening guidelines and funding for studies relating to breast cancer will be  partially determined by whoever wins the election in 2020.

The National Breast Cancer Coalition (NBCC) asked all the presidential candidates to endorse their policy platform, which includes Medicaid expansion in conjunction with other federal research programs to cover treatment for more low-income women diagnosed with breast cancer. All the Democratic candidates, barring Wayne Messam, Mayor of Miramar, Florida, and Sen. Michael Bennet (D-CO), have endorsed the platform, while all four Republican candidates have yet to do the same, according to the NBCC.

Whatever the future holds, there is certainly a lot that we have to learn and share with others if we want to truly understand breast cancer.

This is the opinion of Cristobal Spielmann, a sophomore environmental science major from Brentwood, Tennessee. Tweet comments @LALoyolan or email editor@theloyolan.com.