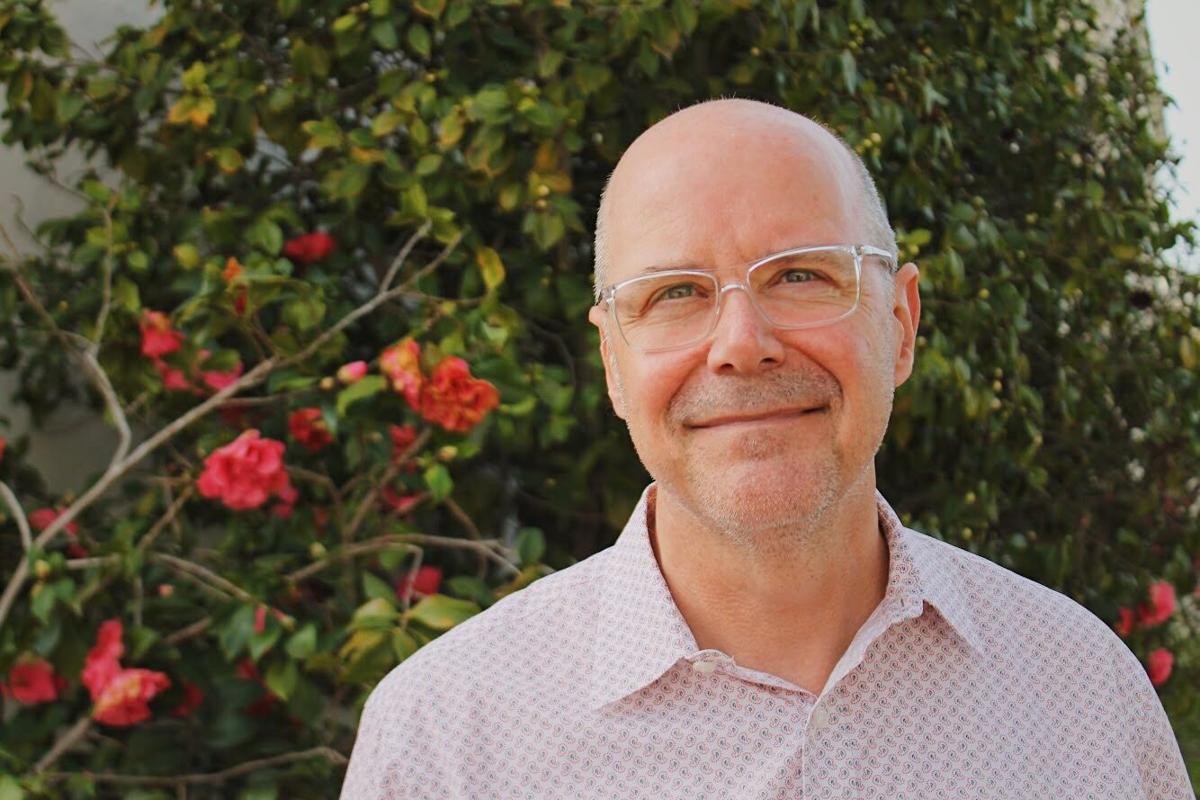 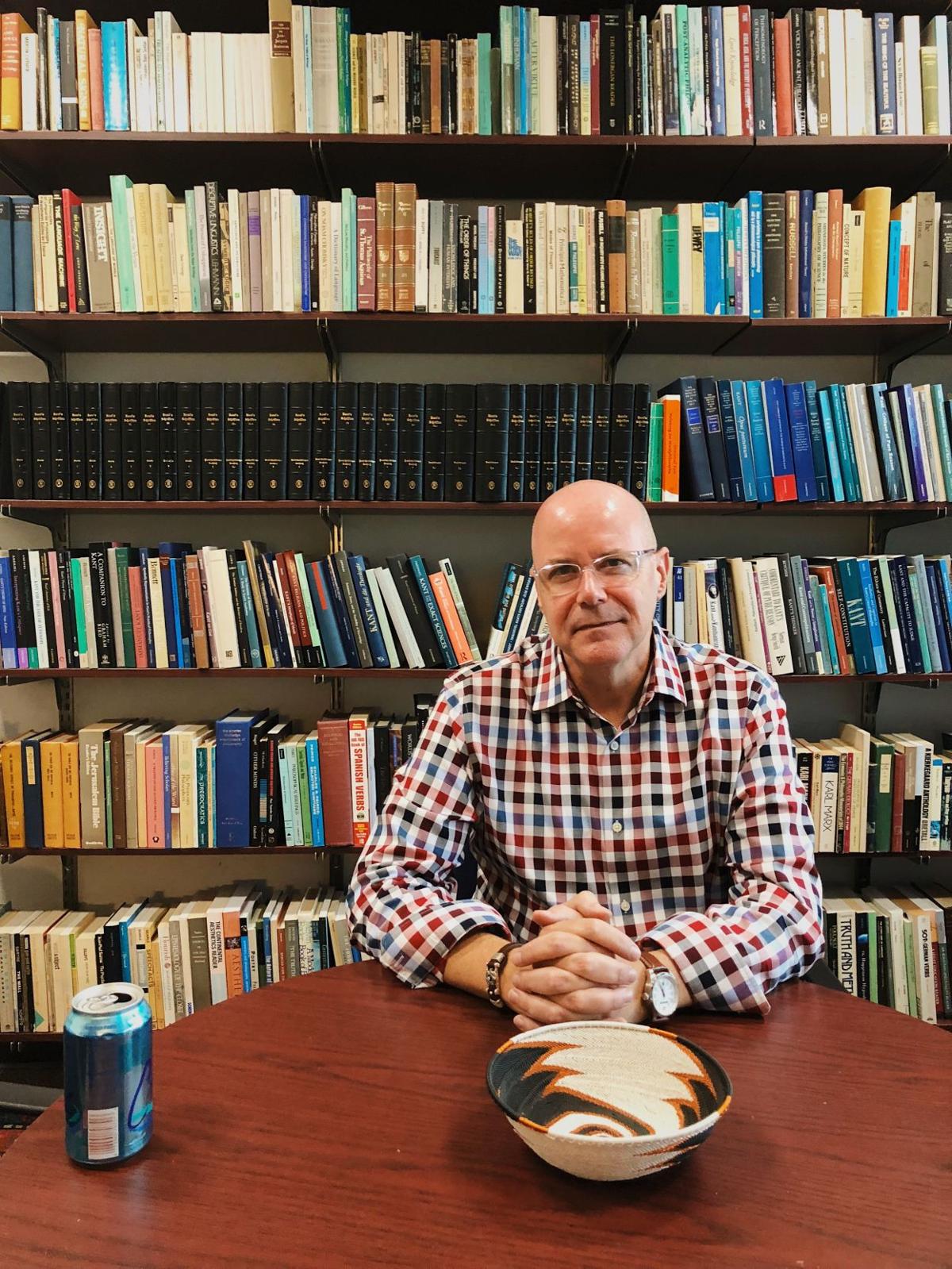 Professor Jeffrey Wilson experienced many difficulties growing up gay in the deep South and his life story highlights the drastic differences in coming out back in the 1970s compared to today.

Alex Myers (AM): What was your experience like growing up gay in Kentucky?

Jeffrey Wilson (JW): For the first 15 years of my life I did not know that being gay was a thing and I didn't know there were other gay people in the world. It wasn't until I was 15 when I got involved in an all-state youth choir that I met a few openly gay peers. I remember when Stonewall was on the evening news my parents claimed that it was made up as theater in order to fill in time on a slow news day and such people didn’t exist. I was raised in a fundamentalist Southern Baptist Church and the pastor, who was a fairly well-educated man, condemned homosexuality in every sermon, so I heard that homosexuals were going to hell weekly.

AM: How old were you when you came out to your parents?

JW: I accidentally came out to my parents at 15 when my mother found some books from the public library about homosexuality in my bedroom. The only place I could find homosexuality mentioned and described was in a psychology textbook. My mom asked me when she found these books if it was a problem that I had or that a friend of mine had and I gave the worst possible answer by saying both, so she knew that I was probably dating someone. She sent me to our family doctor who was actually kind of compassionate in that he said "yeah, I fell in love with another boy at your age and, if he had not moved away, I don't know what I would have done." He asked me if I ever had sex with a the woman before and suggested finding a willing girl and use protection and claimed by doing that, I wouldn't think about it anymore, but I knew that was not going to work for me.

AM: Did going to college help educate you about homosexuality?

JW: I went to St. John's College as a way of running away from home. I dropped out of high school in the middle of my senior year because my experience was so bad. There was an incident where another boy falsely accused me of sexually assaulting him in high school. Some of the football players came to me to say that they knew I didn’t do it and that I could talk to them if I wanted to. I realized only later on that those were the gay ballplayers, but they didn't identify themselves to me as such as it was unspoken. I came out to the head of the admissions office in my interview for college and they were accepting for the most part. Any time I came into contact with homophobic students, they were there to help.

AM: What was your experience of gay culture like as an adult?

JW: I was in Atlanta, Georgia for graduate school where there was quite a robust gay community because Atlanta was the center of homophobic Southern culture. Southern gay culture was very catty in that it was cool to insult one another all the time and things were often made difficult for someone new coming into the community. There was a real push for conformity within the gay community, and I didn't necessarily feel like I fit into the stereotype very well. I was religious, which was frowned upon within the gay community at that time, so my own community seemed a bit oppressive in terms of this narrow identity politics.

AM: Do you think that philosophy can be used as a tool for queer liberation? How do you combine your passion for philosophy with your own identity?

JW: When people ask me today how I got into philosophy the story I usually tell is a story about growing up gay and Baptist. I know many LGBTQ people from that time who just decided that religion is bulls***t and they wanted nothing further to do with it. I couldn't separate myself from religion because I still believe in certain aspects of it and there were definitely pieces of Baptist Christianity that I wanted to keep. I didn't just want to throw the whole thing away, but it was clear that I could also not remain within a system that condemned me. That predicament gave me this huge task of mediation and philosophy offered me tools for engaging in that task.

AM: What does being queer mean to you?

JW: Being queer is a special kind of empowerment. I know how to live on the margins and know how to navigate situations that other people find upsetting and unsafe. My queer experience has served me well when I worked in leadership positions. I've been recognized for my skill in conflict mediation/management and I don't think I could do that nearly as effectively if I had not had the experience of marginalization. I've described myself as an insider/outsider, so at this point, I'm very much a part of the fabric of LMU being queer.

Our conversation has been edited and condensed for clarity. Tweet comments to @LALoyolan, or email comments to jlee@theloyolan.com.