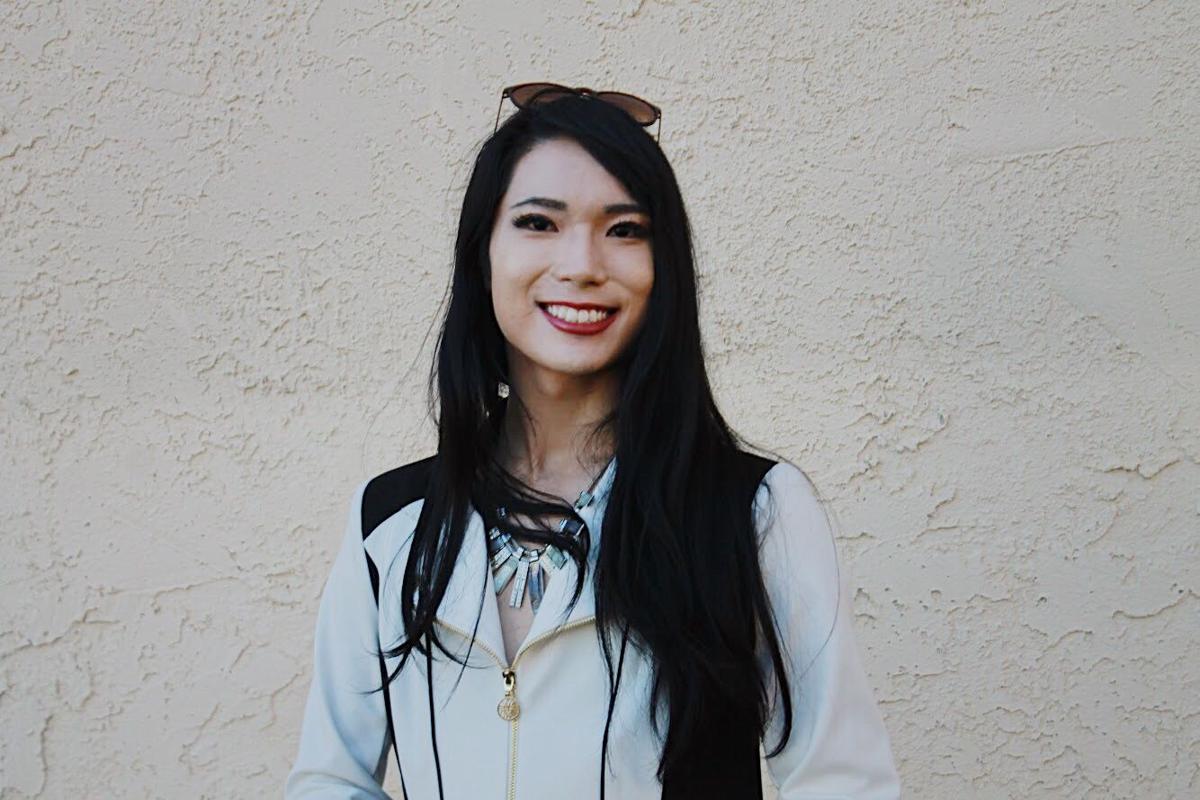 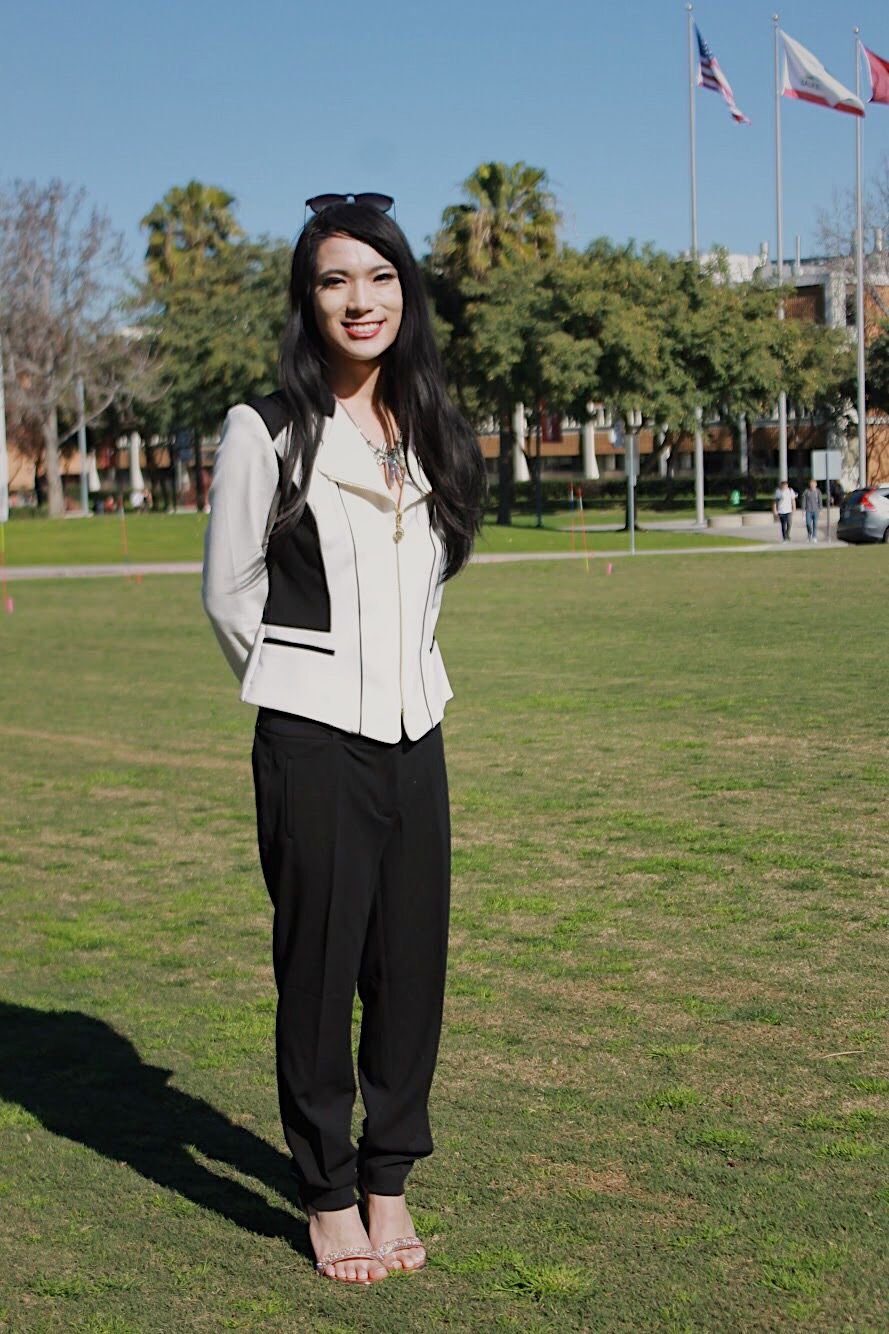 Sam Cassidy lives her life as an openly trans woman who advocates for those like her. The junior film production and psychology double major fought to stay true to herself and believes that there is a need for bridges to be built between marginalized groups.

Alex Myers (AM): How do you stay true to yourself on a daily basis?

Sam Cassidy (SC): Just being openly trans and open about not being straight is something that, I feel, exudes from me. Just approaching the situation from my interactions with people and normalizing that experience just makes me feel like I'm true to myself; I don't have to hide in the stigma around being queer and trans. Just being able to feel proud of who I am on an individual level, as well as how I identify, is what allows me to power through.

SC: It was something that I encountered difficulty with, more so in coming out as trans rather than coming out as queer. My parents didn't necessarily understand it, which made it so difficult because, rather than them having a sort of hatred, their lack of understanding made me come off more as delusional for being trans. Having them understand that and educating them on it helps the situation. When I first came out to someone as trans, it was in a therapy session with my psychotherapist. My parents didn't really know what was wrong, but they knew that I was depressed while still not fully grasping what was going on. I had been suffering from dysphoria for years and every day it was an ongoing issue. Just confronting that and going to school every day having people look at me and feeling uncomfortable in my own body was something that they never really understood. They didn't understand why people would be so concerned with how they look or why someone would feel uncomfortable in their own body, which made my coming out a learning process for them.

AM: How can LGBTQ+ people be more conscious of their mental health and learn how to take better care of themselves?

SC: The thing to understand with mental health when you're queer is that it's different, because you're dealing with the stigmatization of being queer and [being] mentally ill. Just because someone else's recovery is going one way doesn't mean that your path has to be the same way. There might be a lot of people struggling around you that you're just not aware of, so you don't have to feel alone.

AM: Do you think your identity as a trans woman has caused society to value you solely as your gender identity, rather than who you are as a person and what talents you have to offer this world?

SC: In a general sense, when people meet me, that defines a big part of the first impression. But once people come to understand who I am, there comes a lot more understanding of me as a person. People definitely get caught up in the fear of misgendering me and it's been something that I have experienced throughout my time here at LMU. Even though I'm comfortable with whatever pronouns, I don't feel like it's an issue for me feeling uncomfortable, but rather me feeling uncomfortable that others are uncomfortable.

AM: How do you combat the ignorance of people who do not accept that there are genders outside of the binary?

SC: I separate the issue from understanding that there are a lot of people who grew up with backgrounds and educations that didn't really open their minds to concepts beyond what they were taught. It's difficult for people to understand something that they have not encountered and fully been able to grasp. So, from their own backgrounds, I can understand where they're coming from.

AM: How do you combat the racism that is present within the gay community?

SC: It's an issue that I don't feel like is brought up enough, because there is a lot of transphobia and there's a lot of racism that happens. I know several alt-right, gay, caucasian men who have this implicit bias that, just because they're gay, they don't necessarily fall under what qualifies as being bigoted or hypocritical. Understanding that you have suffered from oppression doesn't negate the fact that you may be susceptible to the same biases that others who are straight or white encounter. I feel like having intersectionality as a core focus within the queer community would help tremendously in terms of race because I don't feel like race is brought up enough as a queer issue, or that queerness is brought up as much as a race issue. There's so much intersectionality between the groups, and, without it, it leaves us disconnected and less educated about other groups.

This conversation has been edited and condensed for clarity. Tweet comments to @LALoyolan, or email comments to jlee@theloyolan.com.