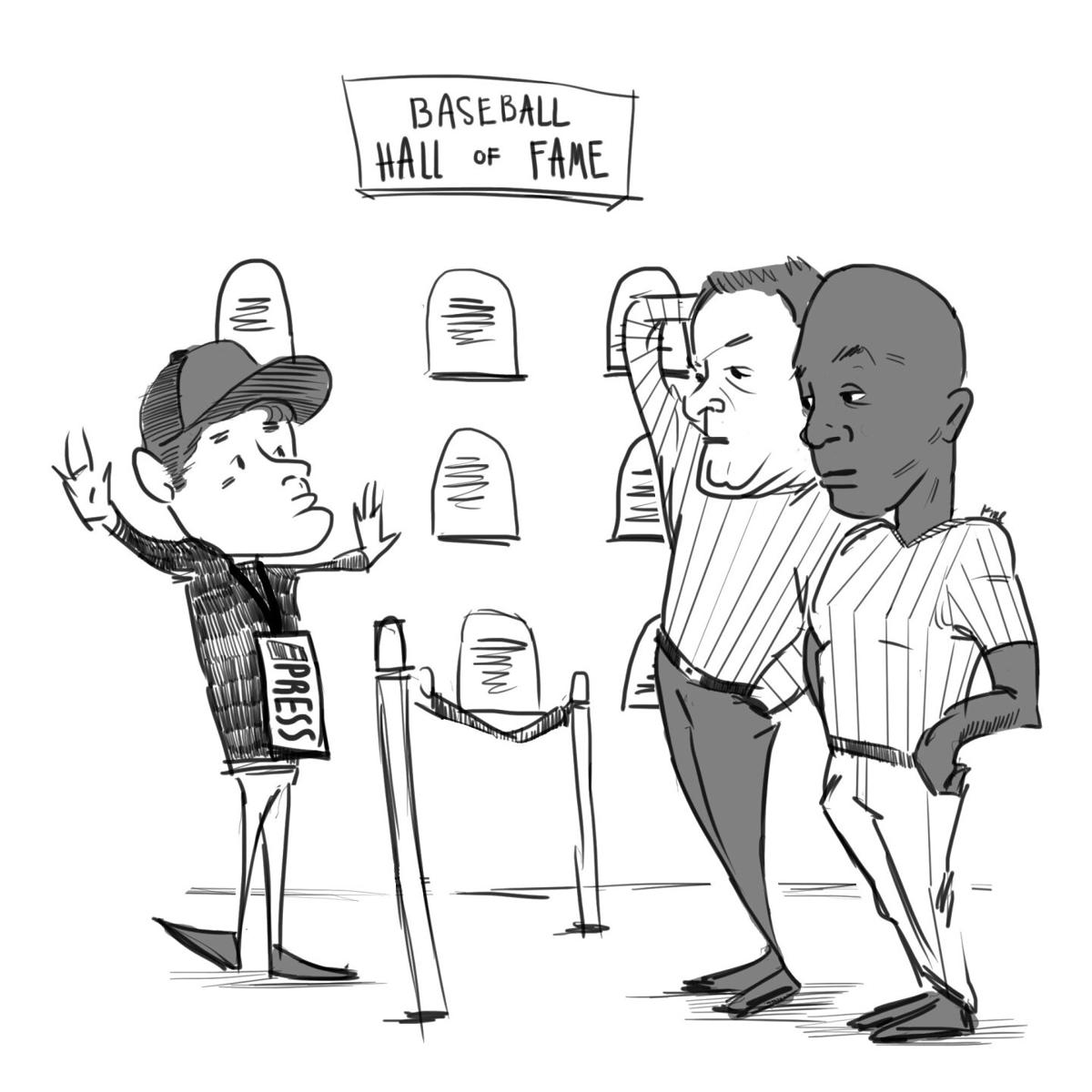 Tuesday, Jan. 26 saw the announcement of the Baseball Hall of Fame's balloting results for 2021. For the first time since 2013, no players received enough votes to be inducted. Among the most notable snubs were outfielder Barry Bonds and pitcher Roger Clemens. Both had among the greatest careers ever in their respective positions, but they are also believed to have used performance-enhancing drugs (PEDs), such as steroids, during their time as players. In light of these events, Sports Editor Alex Hutton and Asst. Sports Editor Ellie Kinney offered their thoughts on whether Bonds, Clemens and other suspected steroid users should be allowed into the Hall of Fame.

Voting for the Baseball Hall of Fame is multifaceted and complicated. However, the strongest arguments surrounding the issue still support steroid-linked players being allowed into the Hall.

In the case of Bonds and Clemens specifically, it’s worth noting that both were great before ever being linked to PEDs. Evidence suggests that Bonds used steroids from 2001-2006. If we count the stats from the rest of his career — 1986-2000 and 2007 — he finishes with 2,251 hits, 522 home runs and 476 stolen bases. That makes him the only player ever to hit 500 homers and steal 400 bases, even without the rest of his career. He can still put three National League MVP awards and eight Gold Gloves in his trophy case. Clemens’ circumstances are a little less clear, but the best bet is that he began taking PEDs in 1997, his 14th year in the MLB. In the first 13 seasons of his career, he recorded nearly 200 wins and more than 2,500 strikeouts. He also won three Cy Young Awards and led the league in strikeouts and earned run average multiple times. Would either he or Bonds have had quite the same level of success without PEDs? Maybe not. But it’s clear that both were Hall of Famers — or well on their way — before they got involved with steroids.

Furthermore, we should examine the name of the period in baseball history that the two played in — the Steroid Era. Though the era doesn’t have a set time frame, it is generally considered to have lasted from roughly 1991, when MLB made steroids a banned substance, to 2003, when PED testing was implemented. It was a time when steroids were rampant throughout the league. The exact amount of players who were on steroids at the time is unclear, but it is almost certainly very high. One of the implications of this is that hitters who were using PEDs regularly faced pitchers who were using PEDs. The playing field was level, and some players like Bonds and Clemens happened to rise up.

Also, the Hall of Fame isn’t made up of exclusively sportsmanlike players right now. Several suspected steroid users, including Ivan Rodriguez, Jeff Bagwell and Mike Piazza, have made it to Cooperstown. Gaylord Perry and Whitey Ford admitted to doctoring baseballs, and Hank Greenberg benefitted from sign-stealing in at least one season.

Bonds and Clemens are two of the greatest players ever. They cheated, and that’s problematic in a vacuum. But in context, the case for their induction becomes much clearer. The Hall of Fame isn’t complete without them, and they need to get there.

This is the opinion of Alex Hutton, a senior journalism major from Oakland, California. Tweet comments @LALoyolan or email comments to ahutton@theloyolan.com.

It was the correct decision to not vote Barry Bonds, Roger Clemens and other players who have used steroids into the Hall of Fame. These players lost their opportunity to receive that honor when they ruined the integrity of baseball.

The Baseball Writers’ Association of America (BBWAA), the organization whose members vote to determine which players are elected to the Hall of Fame, requires that voting “shall be based upon the player’s record, playing ability, integrity, sportsmanship, character, and contributions to the team(s) on which the player played.” Bonds’ and Clemens’ records and playing ability are certainly worthy of the Hall of Fame, but the decisions they made caused them to lose their integrity, sportsmanship and character.

The BBWAA can’t just ignore half of their voting criteria in the cases of players who used steroids. Violating MLB’s drug policy cost Bonds and Clemens their integrity, character and sportsmanship. Whether Bonds hit 762 home runs or a million, the criteria for the Hall of Fame remains the same — and players who used PEDs do not qualify.

It will be a shame if the BBWAA ever decides to ignore those elements of their voting criteria and elect Bonds, Clemens or any other player who used steroids, because the Hall of Fame plays a major role in upholding the honesty of baseball. Bonds got to keep his almost $200 million in career earnings, and his records are cemented in the MLB history books. The only thing that Bonds’ steroid use has truly cost him is a Hall of Fame honor. The BBWAA’s zero-tolerance policy for steroid use is necessary to deter current and future players from following in the footsteps of players like Bonds and Clemens and ruining the fairness of the game.

Advocates for Bonds have come up with a plethora of excuses over the years — everyone was doing it during that time, and his pre-steroids career was worthy of the Hall of Fame on its own — but none of them change the fact that Bonds lost his probity when he made the decision to use PEDs. A Hall of Fame player is supposed to embody the honorable characteristics outlined by the BBWAA; if they don’t, it is completely valid to deny them that prestigious recognition.

Bonds and Clemens may be two of the most talented athletes to ever play the game, but anyone who has violated the honesty of baseball shouldn’t be let into the Hall of Fame.

This is the opinion of Ellie Kinney, a junior communication studies major from Boston, Massachusetts. Tweet comments to @LAloyolan or email comments to ahutton@theloyolan.com.

Alex Hutton is a senior journalism major from Oakland, California. He is a diehard fan of the Warriors, Giants, 49ers, Sharks, Cal Bears and LMU Lions. He lists getting his plays produced and meeting Paul McCartney as among his current life goals.