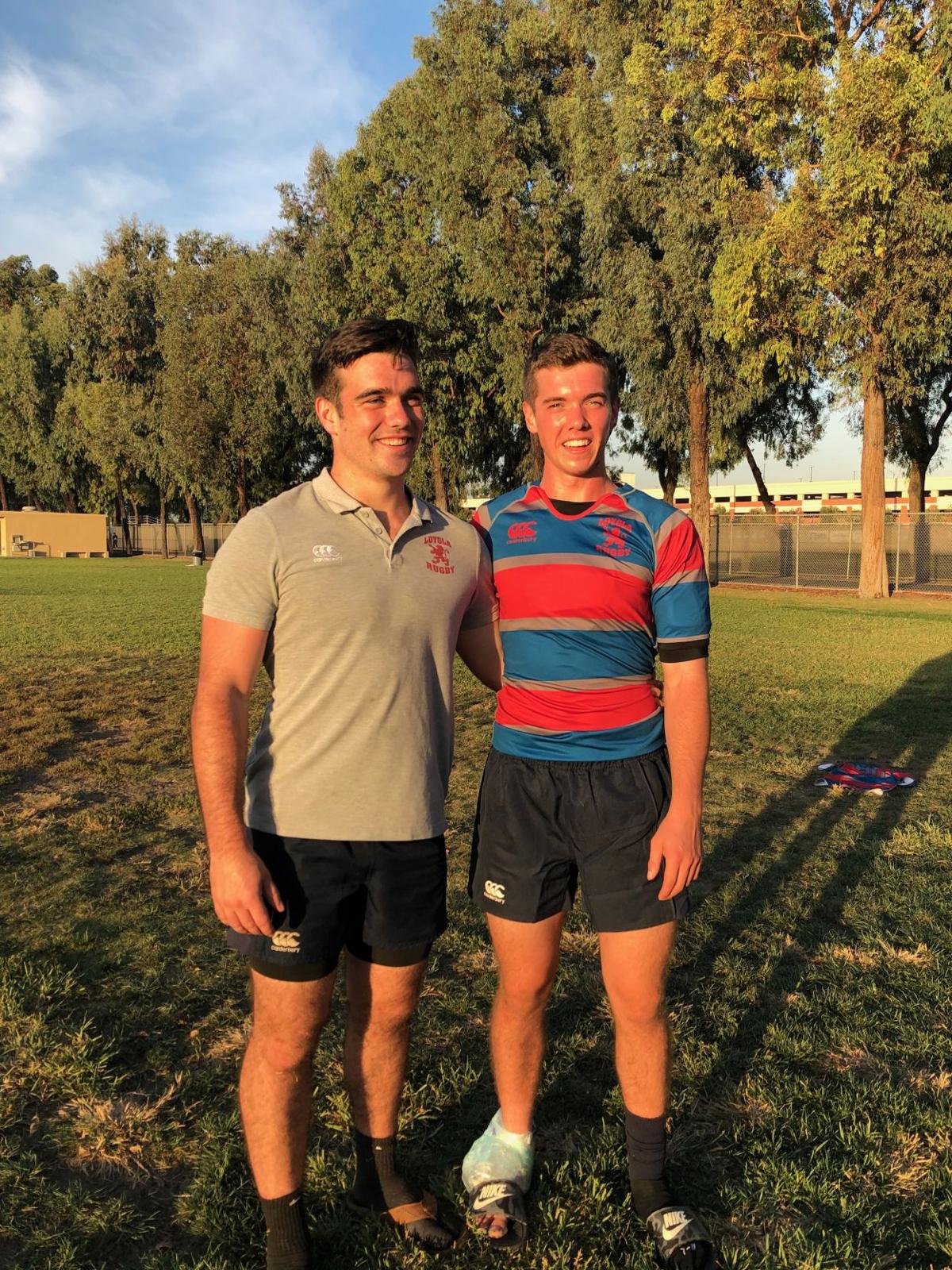 Mason and Quinn Willrich (left) and Jeff and Eric Scharberg (right) are two pairs of brothers playing on the rugby team this year. 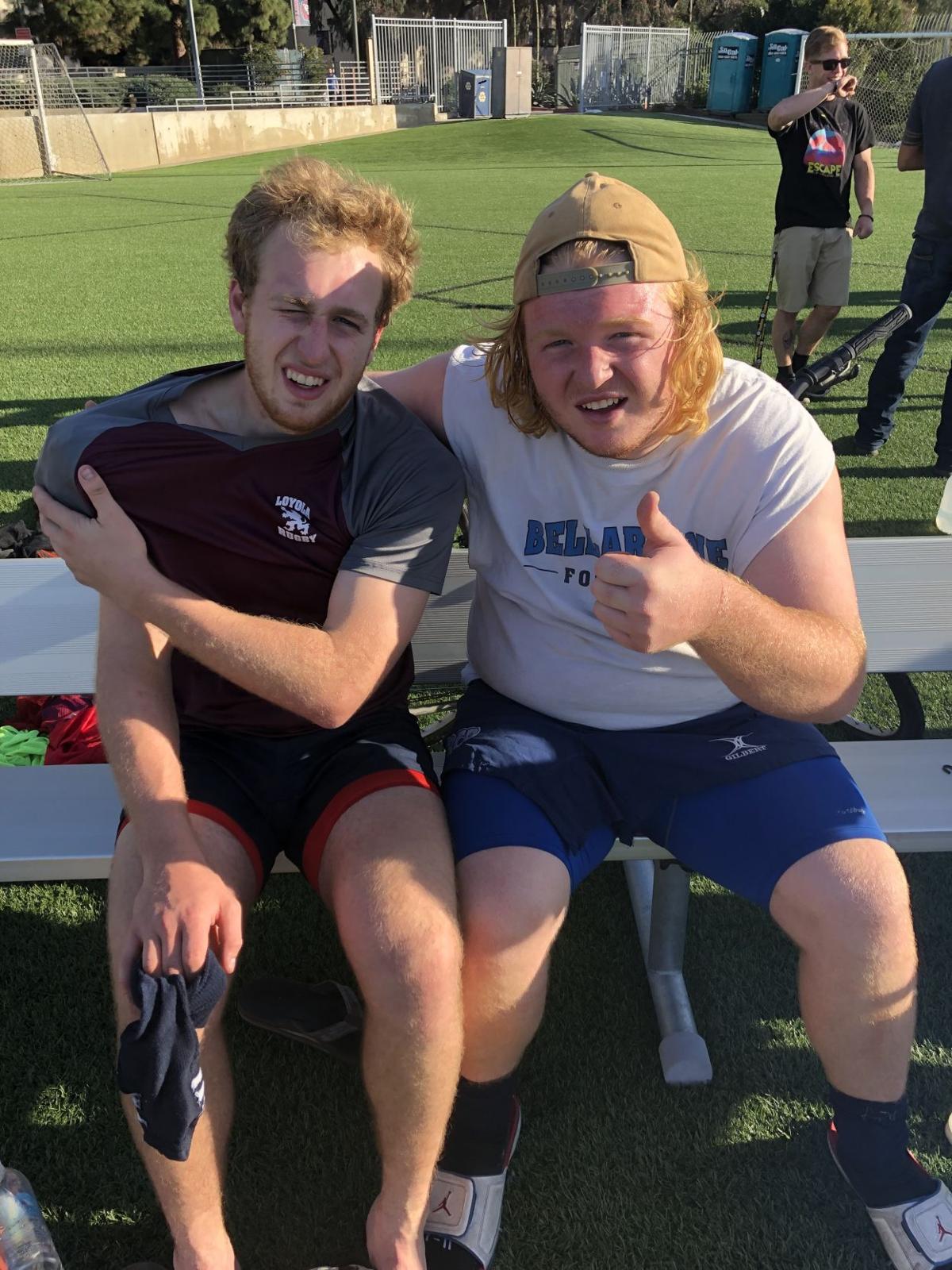 Mason and Quinn Willrich (left) and Jeff and Eric Scharberg (right) are two pairs of brothers playing on the rugby team this year.

Around springtime their sophomore year, Mason Willrich and Jeff Scharberg were talking about rugby — the sport they have both played since high school. They quickly realized that the following year, both of their younger brothers would be coming to LMU and joining them on the rugby team.

Mason and Quinn Willrich are one of the two pairs of brothers that now play alongside each other on the LMU club rugby team. The bonds and brotherly love of the team run deep, especially for the Willriches.

Mason and Quinn had previously played together on their high school rugby team, an experience Quinn attributes to his older brother's influence. “I don’t think I would have ever started playing rugby if it wasn’t for him,” Quinn said.

Since Quinn joined the team, playing rugby is no longer just a cathartic exercise for Mason. Practice and tournaments have turned into time the brothers get to spend together.

“It’s easy—despite being siblings that [go] to the same college—to let the [different] parts of being a college student sort of drag you away from one another," said Mason. "This is something that we both have in common, so I really cherish it for having dedicated time together.”

Of the time they’ve spent together as teammates at LMU, one of Quinn’s favorite memories took place during the fourth game of a tournament located at Cal State Long Beach. During the game, he and his brother worked together on the field and ended up scoring a try — a score worth five points, similar to a touchdown in American football.

“That link between us was a great feeling,” said Quinn of the success.

For Eric Scharberg and his older brother Jeff, the bond between them also makes itself known on the field. “Our play styles fit with each other,” Eric said. “I’m the big guy — I want to use my size. And Jeffrey is kind of sneaky and an aggressive player.”

For the Scharberg brothers, this is the first year they have been able to play on the same team.

During their years in high school that they both played rugby, Eric was on the junior varsity team while Jeff played for varsity.

What first got Jeff involved with the LMU rugby team his freshman year was the sense of community and kinship it offered. During his sophomore year, he took on the role of co-rookie captain alongside Mason. They were responsible for helping with the recruitment of new players and maintaining that environment.

When Quinn and Eric joined the team earlier this year, they felt immediately embraced by the team. “Straight off the bat, I felt like one of the guys,” Eric said.

Another freshman on the rugby team, Comer Wadzeck, said that having the two pairs of brothers helps connect the group as a whole. “Being brand new this season to rugby, [and] never having played it before, I was pretty anxious,” said Wadzeck. “But having brothers on the team, the junior-freshman gap gets bridged a little bit, and you instantly become a part of the family.”

Near the end of the season, Mason suffered an injury. During the recovery process, Quinn helped his brother in any way he could. “My younger brother was there every step of the way,” said Mason. “[Quinn] really made sure that none of my day-to-day life was interfered with too much.”

Almost a week later, Quinn also suffered an injury. As Mason put it, he was able to return the favor of care and support for his younger brother. “His [injury]ended up happening [about] a week after mine. So, right when I started to recover, he got a pretty bad one too,” said Mason. “I had to go ahead and return the favor [nearly] instantly, which I found kind of funny and perfect.”

Regarding how their brotherly bond affects them on the field, Mason said that the chemistry of growing up together helps them connect during a game. “I also definitely get a lot more upset when people hit him,” said Mason.

To Quinn, the entire team is made up of a band of brothers. “You need to be able to trust absolutely everyone on the field,” Quinn said. “You get knocked to the ground and you have to really trust that your teammate will run over there and help you out and be in the right position for you, to sacrifice himself as well in order for the whole team to be successful.”

Jeff shared the same sentiment. “The best way to define it is brotherhood — and this one also happens to be made up of blood brothers,” Jeff said.

Molly Jean Box is a sophomore journalism major from Boulder, Colorado. Her favorite part of working for the Loyolan the free pizza. In her free time, she likes to think about the Loyolan.