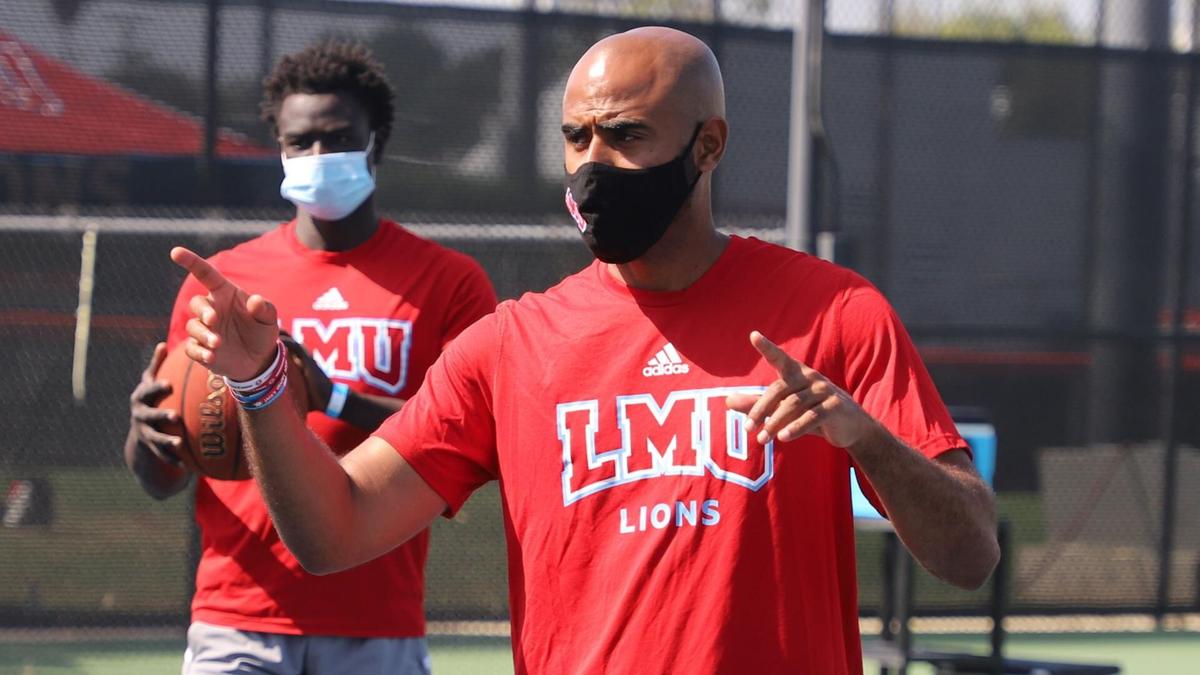 Coach Stan Johnson directs his team in preseason. The 2020-2021 season will be his first in charge of the men's basketball program. 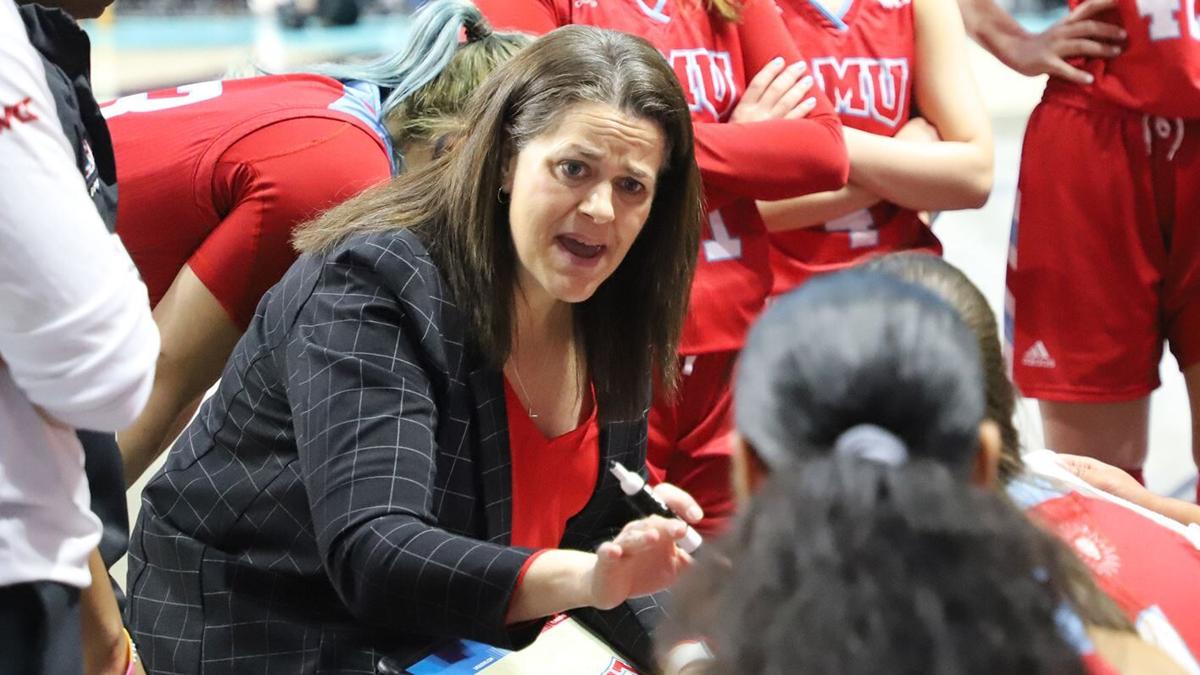 Women's basketball head coach Charity Elliott is surrounded by her players while coaching them mid-game. She and her team will open their season this week on the road at USC.

Coach Stan Johnson directs his team in preseason. The 2020-2021 season will be his first in charge of the men's basketball program.

Women's basketball head coach Charity Elliott is surrounded by her players while coaching them mid-game. She and her team will open their season this week on the road at USC.

Ahead of the impending 2020-2021 basketball season, Asst. Sports Editor Nick Rossi met virtually with the head coaches of both programs to discuss each team’s respective outlook.

Nick Rossi (N.R.): What are you hoping to get out of this upcoming season?

Charity Elliott (C.E.): From day one that we have been able to be back, I think that everybody is just so excited to be back together. The comradery, the team aspect, seeing other people even though everything seems and feels very different. There is a sense of normalcy now that we’re back in the gym, we’re back together, we’re preparing for a season. We’re just hopeful that we’re going to be able to play games. We know we’re going to just work and build our resiliency muscles because there’s going to be a lot of unknowns and a lot of uncontrollables … We have to approach this year with gratitude that we’re back together, but also, let’s be ready for whatever happens.

N.R.: What do you think will be the most important factors in creating a successful season?

N.R.: Are there any specific benchmarks that you’ve set for yourself or for your team that would make the season a successful one?

C.E.: We haven’t got into specifics on that. We are very much about process and just getting better every day. Our focus has been on the health of our players — the physical health, the mental health. That has been our priority right now. Certainly, we want to win and we want to compete. But we also realize there’s a lot more going on with everyone’s families, with everyone’s circumstances … We’re really focused on day-to-day, let’s get better.

After meeting with Elliott, Rossi had the opportunity to ask men's coach Stan Johnson for his take on his first season at the helm of the Lions.

N.R: Funny enough, your first game as a head coach is going to be against your former team Southern Utah. How’s that going to feel?

Stan Johnson (S.J.): I mean, to be honest with you, for me, it’s another game. It’s an important, it’s a big game because it is our next game. I’m not going to give it much thought in terms of, you know, me wearing that jersey. I have great admiration for Southern Utah. The last time I was there we took that team to the tournament. First time its ever been done in the history of the school. That place has helped propel me to where I am now. I’m grateful for it, but as we currently exist and where we stand now, it’s not about me and it’s not about Southern Utah. It’s about our team playing well against a good opponent, a well-coached team and finding a way to win a big game.

N.R.: With your team, what are you hoping for them to accomplish in your first full season as head coach of this program?

S.J.: Well, I want them to compete. I want to go from a team that works hard to a team that is competitive. And when I’m saying competitive, I’m not just saying winning games. I’m saying a team that competes on every possession of a game, on every rep in practice. That’s the kind of culture I want to create. And at the end of the year that’s what I’ll be evaluating. It’s not the wins and losses, we’re trying to build this thing. It’s who we are every single day. I want us to be a competitive group of dudes who end up becoming a real competitive basketball team. That’s got to be in your nature. That what I want to have accomplished. I want our culture to be set, I want our culture to be great.

N.R.: What are you looking forward to the most in your first year?

S.J.: I’m just looking forward to seeing who we are. You know, this is not a normal year by any means. There’s so much going on in our world, there’s so much adversity. There’s so many other things that are more important than basketball. It’s easy to have your mind in different places. I want to see who we are and who we’re going to be. The thing about the battlefield, and for us the battlefield right now is our games, it always reveals the truth in terms of who you are and what you need to get better at. So I’m looking forward to seeing who we are and what we need to get better at.

Nick is a Junior AIMS major from Orange, California. He enjoys Mexican food, soccer, and dogs.