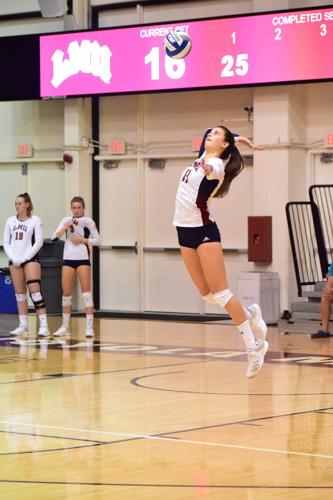 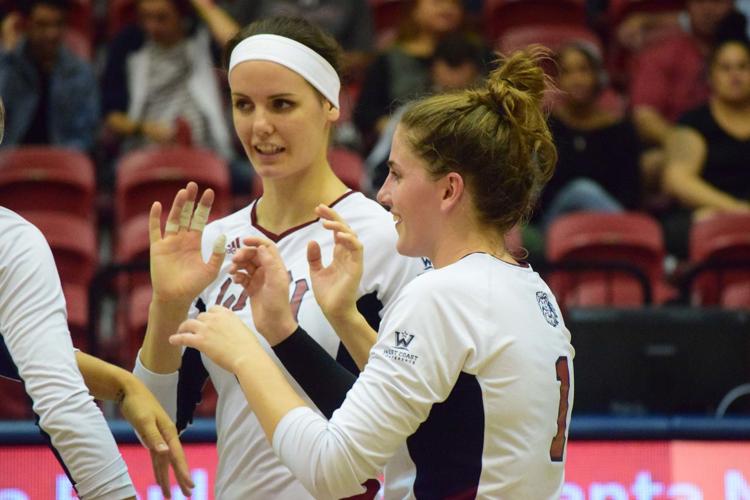 One of the leaders of Thursday night’s match was senior opposite Sarah Kovac. Kovac had one of the best matches of her career, hitting .500 with 18 kills on 30 swings to contribute to the overall team hitting percentage of .375.

Other leaders of the match against Saint Mary’s was junior opposite hitter Bo Culo, and junior middle blocker, Emma Johnson. Along with Kovac, Culo received double-digit kills for the match, managing 12 kills and hits for .417 over 24 swings. Johnson had nine kills with a hitting percentage of .471. Junior setter Tess Reid also had a strong match with 43 assists that guided LMU’s exceptional hitting performance.

In an interview prior to Thursday’s match, Coach Mansfield anticipated a tough game against Saint Mary’s.

“Saint Mary’s is the second ranked team in our conference right now, so we know that they will be really tough and they’re very well-coached,” said Mansfield.

Kovac and sophomore outside hitter Meredith Teague, also weighed in on their thoughts about their upcoming match against Saint Mary’s, saying that they planned to work hard in practice like they normally do and play their best on Thursday.

After a tough start to conference play, the Lions have a current record WCC record of 4-2 and are now on a winning streak after three sweeps against Santa Clara, San Francisco and Saint Mary’s.

Women’s volleyball will continue their home stand at Gersten Pavilion on Saturday, Oct. 6 at 1 p.m. against Pacific (1-4). Saturday’s match will be LMU Kids Day with LMU fanny packs given out to all kids in attendance while supplies last.