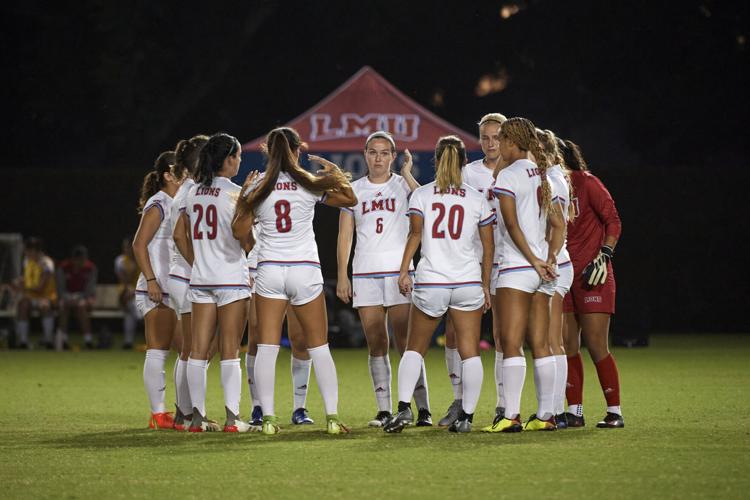 The Lions have already secured a spot in one of the program's more memorable campaigns just halfway through the regular season. 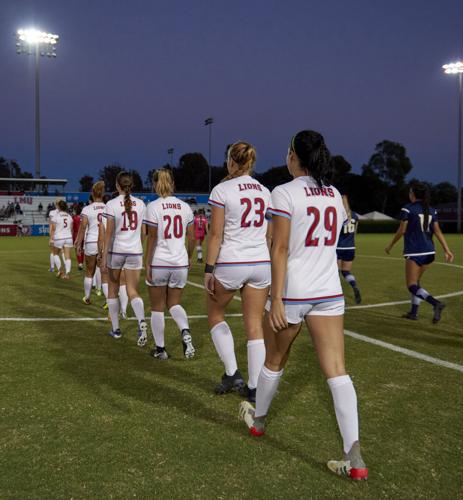 The Lions have made significant improvements on the defensive end since last season.

Despite their exceptional start to the season, the LMU women’s soccer team has hit an underlying hitch on their path to newfound success.

The team made history by going unbeaten through the first eight games of the season, but were only able to record two wins in that time. The Lions have come a long way in a short period of time — just last year, the team finished 0-19, completing one of the worst regular season performances in school history. Now, just a little over halfway through the season, the Lions have already booked their ticket into one of the more historic campaigns in program history.

They certainly have more to be proud of this season, given that the squad became one of 12 teams to remain unbeaten in the country through the first eight games of the season. However, one interesting piece of history the Lions are a part of are their efforts in the tie column.

The Lions, with plenty of games left to be played, have recorded the most ties since their 2006 campaign. With six draws on the season, the Lions have gone from a team that fell short in close games to a team that ties games that they previously would have lost.

The team has made a significant jump from last season, but one answer to the team's record-breaking number of ties is the improvements they have made on the defensive side of the ball. This may be credited to the addition of newly appointed Head Coach Chris Chamides.

Last year the team allowed 43 goals on the season, with their highest number of goals allowed being six to Santa Clara. The Lions have made a huge turnaround this season, only allowing 4 goals through the first nine games — and for the first time since 2015, going the first four games of the season without allowing a goal.

The Lions are in a transitional period coming off last season's struggles. The team has made tremendous improvements on the defensive side, but it seems that it is their lack of execution on the offensive end that is holding the Lions back from reaching the next level. The team's defensive ability exceeds their offense, which is just enough to hold off premier offensive teams to score, but limits themselves from putting up true wins.

Offensively, the Lions lack creating opportunities for themselves compared to their competition. The team is taking a significantly less number of shots than the teams they have played — getting out-shot 66-89 throughout their nine games. While having less shots taken, the team's shots on goal percentage in noticeably lower than their opponents.

Taking less shots, creating fewer opportunities and failing to execute on their opportunities have been the key factor for the Lions inability to compliment their outstanding defense.

The club have proven they have the ability to execute in games, as they have more goals and assists than their opponents. It is all a matter of executing when it matters most for the Lions and creating more opportunities — the key to separating themselves from their competition.

The Lions played their first West Coast Conference (WCC) game against the No. 18 University of Portland. Heading into this matchup, both were one of few remaining teams that went unbeaten. In a balanced effort, the Lions fell short against the Pilots, losing 0-1 — notching their first loss of the season.

While the Lions have already exceeded expectations this year, the future is still very bright. Head coach Chris Chamides has fine-tuned the Lions to have one of the biggest turnarounds in school history. With the leadership of Chamides and the potential of the team, the Lions could hang at the top of the WCC in the near future.

This is the opinion of Khassim Diakhate, a sophomore journalism major from Seattle. Email comments to cgalanti@theloyolan.com. Tweet comments to @LALoyolan and like the Loyolan on Facebook.

Khassim Diakhate ('25) is a journalism major from Seattle. He enjoys watching the Portland Trail Blazers and not losing in NBA 2K.